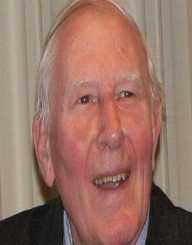 Orvan Walter Hess was a highly distinguished gynaecologist and obstetrician, and is world famous for his invention of foetal heart monitor. While the stethoscope is unable to differentiate the heartbeat of the mother from that of the foetus, the foetal monitor is able to read the heartbeat of the child independently. Hess and his colleague were the first doctors to use penicillin in the treatment of a patient suffering from streptococcal infection and scarlet fever. He was honoured with the esteemed Scientific Achievement Award.

Orvan Hess was born in Baoba, Pennsylvania on June 18, 1906. He lost his mother at the tender age of two. He spent his teens in Margaretville, New York. Hess was a brilliant student and wanted to pursue medicine. He was motivated by Dr. Gordon Botswick Maurer, who founded the first hospital in Margaretville in 1925. Education Orvan Hess obtained his degree in medicine in 1927 from Lafayette College, Easton. He had his higher education in the University of Buffalo and was awarded M.D.by the Children’s Hospital, Buffalo, New York. He finished his internship in surgery and orthopaedics from the same hospital. He joined as a resident doctor of gynaecology and obstetrics in Yale-New Haven Hospital in 1937.

Medical career of Orvan Hess was mostly dedicated to Yale New Haven Hospital. He became the clinical professor of gynaecology and obstetrics at Yale School of Medicine. Hess was drafted forArmy medical service during the World War II. He worked as a surgeon in the 48th Armoured Medical Battalion when the army was involved in the invasion of Normandy, Sicily and North Africa. Hess also had a stint as Director of Health Services in Connecticut Welfare Department and was selected as the President of the Connecticut State Medical Society. In 1975, Orvan Hess ended his brilliant medical career in Yale. Achievements and Awards Reader’s Digest carried an article named ‘Germ Killers from Earth’. It described how particular varieties of soil bacteria can be used to eliminate streptococcal infections in animals. The article caught the attention of Orvan Hess. Hess and John Bumstead decided to check the veracity of this idea by using penicillin to treat a patient. Hess and Bumstead chose Anne Miller who was afflicted with scarlet fever and streptococcal infection. She was cured completely by the penicillin treatment. The American Medical Association recognised the efforts of Hess and bestowed The Scientific Achievement Award on him in 1979.

Another contribution to medical fraternity was the invention of Foetal heart monitor. Normal stethoscope was ineffective in the case of pregnant ladies with heartbeats of the mother and the foetus. This created innumerable problems when the pregnant women were under labour. Hess distinguished himself by developing the foetal heart monitor in the 1930s during his research in the Yale University.

In 1957, Hess and a doctorate student, Edward Hon used a six and a half feet by two feet machine to observe the cardiac electric signals from the foetus constantly. Hess and Wasil Kitvenko, head of electronics laboratory of the medical school, put their heads together to make smaller equipment. Hess was successful and in the process invented telemetry. The instrument was a boon to obstetrics and became indispensable in observing the heartbeats of the foetus during labour. Hess published a number of papers during his medical career.

In 1936, his paper explained the usage of catgut in perineum. He also published papers on vascular injuries inflicted on humans during the war. Orvan Hess had the distinction of becoming the President of the Connecticut State Medical Society. His exceptional work was recognised and he was honoured by the American College of Surgeons and American Board of Obstetrics and Gynaecology. The first Foetal heart monitor developed by Hess is preserved and exhibited in Hartford Medical Society building at Hartford.

Marriage Hess had two daughters, Katherine and Carolyn, from his marriage with Carol Maurer whom he married in 1928. His wife Carol breathed her last in 1998.