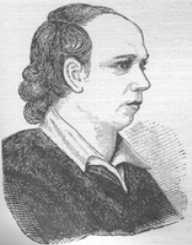 Oliver Goldsmith was an Irish poet, playwright, and novelist. Born on November 10, 1728, Oliver Goldsmith is best known for his novel The Vicar of Wakefield in 1766. Oliver Goldsmith has other famous works like the pastoral poem The Deserted Village, 1770 and the plays The Good-Natur’dMan, 1768 and She Stoops to Conquer in 1771. Oliver Goldsmith is the author of the children’s tale, The History of Little Goody Two-Shows. Oliver Goldsmith died at a relatively young age of 45, but his literary achievements and success have earned in great honor in the literary world with several streets, school among others named in his honor.

Oliver Goldsmith’s birthday is assumed as November 10, 1728, that is not for sure. His presumed date of birth is according to an account by his biography in the Library of Congress authority file. It is also uncertain where he was born, but that is also believed to be in the town of Pallas near Ballymaon, County Roscommon, Republic of Ireland. At age two, his father became the rector of the parish of Kilkenny West in County Westmeath. Oliver Goldsmith enrolled at Trinity College, Dublin in 1744 to study theology and law under the tutelage of Theaker Wilder.  Oliver Goldsmith, however, did not concentrate on his education and was therefore at the bottom of his class.

Oliver Goldsmith along with four undergraduates was expelled for their involvement in a riot of which they attempted to storm the Marshalsea Prison in 1747. Oliver Goldsmith was however allowed to graduate with a Bachelor of Arts in 1749 but without a distinction that could gain him a profession in the court or the law. Oliver Goldsmith then tried his luck in several other professions but was unsuccessful making him study medicine at the University of Edinburgh from 1752 to 1755. Oliver Goldsmith then began a walking tour of Flanders, France, Switzerland and to Northern Italy.

In 1758, Oliver Goldsmith published a translation of an autobiography of the Huguenot Jean Marthilhe using the pen name, James Willington (the name of a fellow student at Trinity). His literary talent was later discovered by Samuel Johnson and started patronising his works which would eventually gain Oliver Goldsmith recognition in the world of literary and drama. His contemporaries described him as “prone to envy, a congenial but impetuous and disorganized personality who once planned to immigrate to America but failed because he missed his ship”.

Oliver Goldsmith died prematurely at the age of 45 on April 4, 1774, partly believed to be his own misdiagnosed kidney infection. He was interred in Temple Church in London.

In the 1960’s Oliver Goldsmith publish some letters in the Public Ledger with the title The Citizen of the World in disguise of a Chinese traveler in England with the name Lien Chi. It served as an outsider’s perspective of the ironical and sometimes moral fabric of the British society. In 1965, he published The Hermit, a 160 line romantic ballad and followed it with the poem, The Deserted Village in 1970.

In the poem, Oliver Goldsmith argues that the destruction of ancient villages and conversion of agricultural lands to ornamental landscapes would collapse peasantry. He also published works like A History of the Earth and Animated Nature (1774) and believed to have written the classic children’s play, The History of Little Goody Two-Shoes. Autin Dobson posthumously published the Complete Poetical Works of Oliver Goldsmith in 1887.