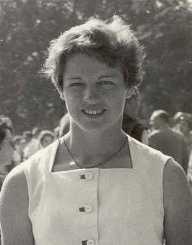 Margaret Court was the youngest of the four children of her parents comprising of her two older brothers and one older sister. Her father was employed in a cheese and butter processing factory in the capacity of a Foreman.

The family lived opposite the office of Border Tennis Association. However, nobody in the family played tennis before Margaret Court’s plunge into the game.

Margaret Court began playing tennis at the age of eight and was an inborn left-hander. She was later convinced to change her grip into a right-handed one. She used the tennis court of the Border Tennis Association as and when found vacant and continued to play with the other neighborhood children till they were ousted from there.

She was amply supported by Wally Rutter, an influential person within the association and his kind-hearted wife, who did not have any offsprings of their own, by providing free membership and imparting tennis coaching to her. She also reciprocated their gesture by working part-time in the club.

Rutter was very impressed with her tennis credentials and wanted to provide the best coaching available to her. Accordingly, they negotiated with Frank Sedgman, a former tennis world champion, to train under his tutelage in his club situated in Melbourne.

Sedgman with the help of his support team consisting of the likes of Stan Nicholls and Keith Rogers, the chief coach, worked on her various aspects of playing tennis including improving her athleticism, stroke-making capabilities, fitness as well as strategy and tactics.

Margaret Court won the first of her seven consecutive Australian Open titles in 1960 when she was just seventeen years and six months old thus becoming the youngest ever Australian Open champion to date. It was also her first Grand Slam title.

The following year, she became the first female Australian tennis player to win the coveted Wimbledon singles title. Court turned pro in 1961 after winning both the Australian Open singles and doubles title.

In a career spanning around 17 years, she won an astounding total of 66 Grand Slam championships, more than any female tennis player. In 1970, she became only the second woman tennis player to have won all the four Grand Slam tournaments in a single calendar year winning the Australian, French, US Open and the Wimbledon, thus completing the Grand Slam of tennis singles.

Among the female players, Maureen Connolly achieved the rare feat in 1953 before such an achievement. Later, Steffi Graf emulated the same feat. Among the male players, Rod Laver and Don Budge claimed the Grand Slam of tennis singles title.

Richard Court, brother of Barry Court, also served as the Premier of Western Australia. She again returned to the tennis court in 1968 and played competitive tennis until 1977. Margaret Court lost the 1971 Wimbledon Singles final to Evonne Goolagong Cawley. She was carrying her first child when playing that final.

Her first child, Daniel came into existence in March 1972. In 1973, she again won the three major Grand Slam Championships, Australian, French and US Open.

Her second child, daughter Marika was born in 1974. She continued to play in the professional circuit and won the Wimbledon mixed doubles and US Open doubles title in 1975. She had her third child in 1976 and the fourth one in 1978.

Margaret Court 's last Grand Slam singles appearance was in the 1975 US Open. In 1976, she appeared for the one last time in Grand Slam events when she participated in the Australian Open women’s doubles.

Margaret Court has also courted many controversies during her playing as well as retired days mainly due to her comments on the issue of lesbians in tennis and transgender children.