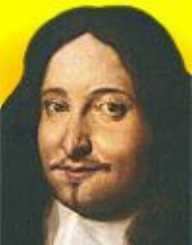 Marcello Malpighi was born on March 10, 1628. He was an Italian biologist. He discovered the new era in the fields of anatomy and histology. He was also an ordained papal physician by the Church of Rome.

Marcello Malpighi was born on March 10, 1628, in the papal state of Bologna, Italy. He was born to Marcantonio Malpighi and Maria Cremonini. He attended Grammar School where he completed his early education. In 1646, he joined the University of Bologna for his higher education. He was inspired to pursue medicine by his teacher Francesco Natali.

In 1649, Marcello Malpighi started his doctorate studies in medicine under the tutelage of Bartolomeo Massari and Andrea Mariani. At the age of twenty on he lost both his parents. In 1653, he obtained his Doctoral Degree in Philosophy and Medicine.

In 1656, Marcello Malpighi began teaching logic to students at the University of Bologna. He later moved to the University of Pisa where he became the chair of theoretical medicine. He became good friends with mathematician Giovanni Borelli at the university. Giovanni introduced him to ‘Accademia del Cimento’ which was a scientific society. At Pisa, he researched blood with an aim of answering the medicine enigmas related to anatomy and physiology of living beings.

In 1659, Marcello Malpighi returned to the University of Bologna where he became a lecturer in general medicine. In 1661, he discovered and described the structure of capillaries which connected the arteries and capillaries. He went ahead to study the structure of lungs in frogs and Tortoise. In 1662, he became a professor at the University of Messina upon recommendation by Giovanni. He also researched on the anatomy of taste buds, nerves, and the fat reservoirs.

In 1666, he discovered that the blood owed its colour to the Red Blood Cells. In 1667, he returned to the University of Bologna when his discovery did not impress most of his colleagues. In the same year, he published the paper ‘De Viscerum Structura Execitatio Anatomica’ which included the findings he made on the anatomy of organs including the brain, spleen, kidneys, bones, and liver.

Marcello Malpighi also viewed the layers beneath the epidermal tissue in the skin via his microscopic studies. In 1668, his findings were published in the journal which was managed by the Royal Society called ‘Philosophical Transactions.’ In 1669, he studied the stages in the life cycle of a silkworm and other insects. In 1673, he discovered the somites, aortic arches and neural folds in a chick.

Marcello Malpighi also studied cellular level organization in various specimens of flora and fauna. People did not like him for his discoveries that they even burnt his house and all the instruments he used in conducting his research. In 1691, he was ordained as a papal physician by Pope Innocent XII. He served as a royal physician until he died.

Marcello Malpighi never married. His last days were spent in the service of Pope Innocent XII. He died on November 29, 1694. He died at the age of sixty six.