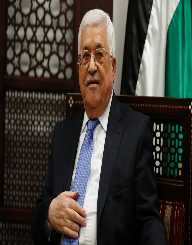 Palestinian leader Mahmoud Abbas was born on the 26 March 1935 in Safed, Mandatory Palestine which is now part of Israel. In 1948 his family left Safed as refugees and settled in Syria.

Mahmoud Abbas had a law degree from the University of Damascus and did a Ph.D. at the Patrice Lumumba University in Moscow, Russia. His thesis was entitled The Other Side: The Secret Relationship Between Nazism and Zionism.

Mahmoud Abbas was part of the group which traveled with Arafat to the US to sign the Oslo Accords and in 1995 signed the Interim Peace Agreement with Israel. Then in 2003, Abbas was appointed the prime minister of the Palestinian Authority. The same year Mahmoud Abbas attended peace talks in Egypt with George W Bush and other leaders from the Middle East including Egypt, Jordan, and Saudi Arabia. In September 2003, Abbas resigned as prime minister of the Palestinian Authority. Following Arafat’s death in 2004, Abbas was appointed the chairman of the PLO.

Mahmoud Abbas met President Bush in the White House in May 2005 where Bush pledged $50 million in aid to the Palestinian Authority. In December 2009 Abbas had his term as president indefinitely extended. In 2011 he announced that he would be seeking full United Nations membership and participation for Palestine and in 2013 issued a decree renaming his organization the State of Palestine. The UN Security Council rejected the resolution calling for Palestinian Statehood by 2017 in December 2014. He addressed the UN General Assembly and raised the Palestinian flat and at the same time proclaimed that the Oslo Accords no longer bound the Palestinian Authority.

In September 2016 CNN reported that documents obtained from the Mitrokhin Archive at Churchill College at the University of Cambridge showed that Mahmoud Abbas was at one time a KGB agent while he was a member of the PLO in Damascus. Palestinian leaders said it was a smear campaign.

Mahmoud Abbas met with President Donald Trump at the White House on the 3 May 2017.

Mahmoud Abbas played an important role in formulating the Declaration of Principles, the peace accord signed by Israel’s Prime Minister Rabin and the PLO’s Yasser Arafat in 1993.

Mahmoud Abbas is married to Amina Abbas, and the couple had three sons: Mazen (d.2002), Yasser and Tareq. They also have eight grandchildren.