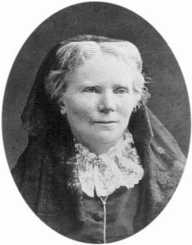 Lucy Stone was the eighth child of Francis Stone and Hannah who lived in Hill in West Brookfield, Massachusetts. She was an American by nationality. Lucy Stone’s aunt Sarah Barr also lived with their family. Francis managed his family by working hard on the farm.  Lucy’s mother, Hannah Stone also supplemented the family income with eggs and cheese. Hannah believed that she had the right to spend her earnings, but she was prevented from doing so. She stole money from her husband’s purse or sold eggs and cheese secretly.

Lucy Stone as a child witnessed her father’s unfair management of the family’s earnings and resented. Later in life, Lucy Stone blamed the then prevailing custom.

Lucy learned that women were at the mercy of their husbands’ will. Lucy decided to manage her own life by obtaining higher education and earning her livelihood.

She also decided not to marry in the future life.

Lucy started earning by teaching at the age of 16, in local schools. She was paid salary much lower than the salary male teachers for the same work. She protested to the school management committee and received a reply that she has been paid – lower than the salary for men. In 1836, Lucy started acquiring general knowledge by reading newspaper reports about the controversy prevailing in Massachusetts on the role of women in society.

Debates were held as to whether women were entitled to the political voice. William Lloyd had appealed to women to make anti-slavery petitions to Congress. Thousands of women sent signatures to congress. The petitions were rejected only because the women had sent the petitions. Women abolitionists held conventions in New York to continue petitioning against the corrupt custom. Lucy Stone attended the conventions. The State Congregational Ministers condemned the conventions. The condemnation angered stone. She declared that she would express what she wants to say in public.

Lucy read the letters of Sarah Grimke on equality of sexes and decided not to accept man as master. Lucy’s writings essays for college and lectures on women’ right had a bearing on these letters.

Lucy completed one year in a coeducational school inn1841, enrolled in Oberlin Collegiate Institute in Ohio where women were admitted’. She studied Latin and Greek grammar to prepare for the internal examination. Lucy believed that women should vote, take up the political office, speak their mind in public forum. The management of the college was unwilling to accept her views. Stone befriended Antoinette Brown, an abolitionist, and suffragist in 1845.

Stone during her first year in school did housekeeping chores to meet her educational Expenses. She was paid less than half of what male students received. She arranged her cooking in her dormitory room to reduce her expenses. In 1844 Stone was assigned a teaching position to teach arithmetic in ladies’ department. Again, she received less pay just because she was a lady. She worked and studied from early 2 a.m. Her health started declining. She could not suffer the injustice, and in 1845 she asked the Faculty Board to give her salary as given to male colleagues. She resigned from her position since her request was rejected. Stone had planned to borrow money from her father. Some farmer students had also promised to pay Stone which was right if the college did not pay and brought pressure on the college.

The college faculty yielded after three months of pressure and hired Stone again paying her and other women students, the same as paid to male student teachers.

In 1846, Stone expressed her desire to Abby Kelley Foster, an anti-slavery agent, to become a public speaker. There was opposition from the Faculty to Foster resulting in an impassioned discussion on women’s rights, right of women to speak in public. Stone defended these views in a joint meeting of men’s’ and women’s literary societies. She made her first public speech at Oberlin’s August commemoration of the emancipation of in West Indies.

In 1846, Stone wanted to become a women’s right lecturer. The family members supported her except her mother. Stone tried to gain practical experience in public speaking. Women students were allowed to debate in their literary societies but were not allowed to participate in an oral exercise with men. Stone and her student, Antionette Brown organized off-campus debating club. After gaining experience and competence, they received permission to debate in Stone’s rhetoric class. A large number of students attended the debate classes. This attracted the attention of the Faculty Board. The Board women’s oral exercises in co-educational classes.

Stone defeated a challenge from a former editor of a newspaper for a public Debate on women’s rights.

Stone submitted a petition to Faculty Board to permit women students to read the graduation essays themselves, instead of by faculty members. Stone even refused to write an essay since the Board had rejected women’s request.

Stone received her bachelor degree from Oberlin College in 1847. She was the first female graduate from Massachusetts.

Stone started giving public speeches on women’s rights in 1847. She gave her speeches at Bowman Church in Massachusetts and Warren. Stone became a lecturing agent for Massachusetts Anti-Slavery Society in 1848. Stone proved to be an effective speaker and wielded an extraordinary spell over the audience. Stone had good story telling abilities. Her audience used to experience emotional feelings. She had an enchanting voice. An anti-slavery agency introduced Stone to progressive reformers of abolition movement and women’s rights to work.

Stone conducted, with the help of abolitionists, Massachusetts, first Petition campaign for the right of women to hold public office, The petition was published in the newspaper, Liberator, for readers. The petition was sent to the legislature in 1850.

In 1850 Ohio Women’s Convention sent a request to Constitutive Convention requesting them to provide the same political and legal rights to women as were provided to men.

The women’s conventions used to be held on a regional basis. Stone and  Paulina Wright Davis made a proposal for National at the American Anti-Slavery Societies in 1850. Women were requested to organize the convention.

Davis and Stone were assigned to select speakers and attendance. Stone fell while traveling to Indiana. Davis alone had to organize the first National Women’s Rights Convention, by the end of 1850 in Brinley Hall in Worcester, Massachusetts.  Stone’s participation was limited given her health Problems.

An Association was formed. Stone was included in the Central Committee Of nine women and nine men. Later, Stone became the Secretary of the Committee till 1858. Stone organized National Conventions for a decade.

Stone started her career as an independent Women’s lecturer in 1851.

She also gave lectures for the Anti-Slavery Society, on weekends.

Stone started wearing a new style of dress to suit her convenience during her lecture tour in 1851. This was a departure from the fashionable French tight clothing. The unique style Stone started wearing was loose fitting. She wore this despite criticism as she found it convenient during her travel. The Illustrated News reported her speeches and her pictures in her new style of dress.

Stone addressed Cincinnati’s first Women’s right meeting, arranged by a local businessman, Blackwell. Blackwell offered to arrange a lecturing tour for Stone in western states. Stone delivered about 40 lectures in thirteen cities on Women’s Right. Her speeches were reported in New York Tribune, Indianapolis newspaper, and other leading newspapers. The newspapers opined that the lectures were best of the season and inspired discussion and debate. Stone returned home in 1854.

Stone lectured during 1854 through 1858 on Women’s Right in many states of the US such as Massachusetts, New Hampshire, etc. In addition to lecture programmes

Stone led the petitioning movement in several states and helped the efforts of States and other local organizations in New York, Ohio and Indiana. Stone petitioned the Massachusetts legislature from 1849 to 1852 for the right of women to vote and serve in public offices. Wendell Phillips drafted the petition and requested for the deletion of the word ‘male’ wherever it appeared in the Constitution. In 1853 Stone and Phillips addressed the Convention Committee on the Qualification of Voters.

Stone arranged New England Women Right Convention in Boston in 1854 and identified Committees for each state to carry on the work. In 1855, she organized the New England Women’s Rights Convention and adopted a resolution ballot for achieving and protecting civil rights.

The National Women’s Rights Convention was held in Cincinnati in 1855. The Convention called for circulation of the petition and asked for the elective franchise. Suffrage petitioning started in New England, New York, Ohio, Indianan and other States. She lectured in Illinois and Indianan in support of petition drive and introduced the work in Wisconsin, and found volunteers to circulate the petition and legislators to present the petitions in houses of the legislature.

In the 1856 National Convention, Stone proposed a new idea to send appeals to various state legislatures, signed by the officers of National Women’s Rights Conventions.

Stone, Brown Blackwell and Ernestine were nominated on the Committee to Carryout the plan. The appeal prepared by Stone was mailed to state legislatures. Some states referred the appeal to Select Committees, and some states agreed to hear. Stone, Wendell Phillips, and Janes Freeman Clarke addressed the Judiciary Committee of the Massachusetts Senate and a Select Committee of Maine Legislature.

Stone continued her lectures, petitioning, and schedules. Her activities were Slowed down because of the birth of her child in 1857. She participated In 1858 in a protest on taxation without representation. Stone along with like-minded personalities formed Women’s National Loyal League. A convention was held in New York. They resolved to Fight for African-American. In 1864 the organization petitioned United States Congress. Thirteenth Amendment, abolishing slavery was passed.

In 1870, Stone and Blackwell founded a weekly journal, “Woman’s Journal” Published from Boston to voice the suffrage. Stone was the editor for the rest of her life.

In 1887, two smaller groups with differences were merged to form the National American Suffrage Association. Stone was elected Chair of the Executive Committee.

Stone was opposed to marriage from early age. She considered marrying would amount to surrendering to man. Henry Blackwell had a courtship of over two years to convince her that couple could create a marriage of equal partnership and respect each other mutual understanding. Stone did not want to surrender her financial freedom after marriage. Blackwell also arranged a lecture tour of the west in 1853.

Stone and Blackwell discussed by correspondence the nature of their marriage. Stone agreed to marry Blackwell in 1854. They had a private agreement for Stone’s financial independence and personal liberty. Their marriage was a strict business partnership. It was agreed that Stone would decide the time when she would be a mother. The wedding took place in West Brookfield, Massachusetts on 1st May 1855.

Stone was of the view that surrendering the maiden name and assuming the husband’s name as surrendering of the identity of married women. She continued to retain her name as ‘Lucy Stone.’  Stone sought legal opinion but was not immediately available. For a short period of eight months, she signed some legal documents. She assumed her maiden name after receipt of legal opinion.

Stone and Blackwell had a daughter, Alice Stone Blackwell in 1857. She also became a leader of the suffrage movement.

In 1892, Stone reluctantly agreed for a sculpture. Anne Whitney, Sculpture Produced a bust in 1893. This was displayed at World’s Columbian Exposition.

In Chicago, in 1893 she delivered her last public speech at World’s Congress of Representatives. The US issued a postal stamp in her honor on her 150th  birth anniversary.

In 1999, the portrait of six female leaders was mounted in the historical Building, “The Massachusetts States House.” Lucy Stone was one of them.

Lucy Stone had advanced stomach cancer and died in 1893 at the age of 75.