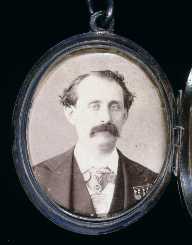 Louis Moreau Gottschalk was an American composer and pianist-virtuoso. His works featured classical and romantic genre.

Louis Moreau was the first American pianist to achieve international recognition and to incorporate Latin American and Creole folk themes and rhythms into his work.

Louis Moreau Gottschalk was born on 8th of May 1829, in New Orleans. His father was a Jewish businessman from London, and his mother was a Creole. He had six brothers and sisters; five were half-siblings from a mistress.

Louis Moreau spent his childhood in a tiny cottage at Royal and Esplanade in the Vieux Carré, later he moved in with relatives at 518 Conti Street.

Since young, Louis Moreau was exposed to Creole music with its African-Caribbean rhythms. The melodious folk songs and many different musical traditions. He played the piano and had an informal recital at the St. Charles Hotel in 1840.

Louis Moreau debut was a success, he was recognized as a prodigy by the New Orleans bourgeois establishment.

At the age of thirteen, Louis Moreau sailed to Europe to undergo classical music training. In 1842,  The Paris Conservatoire rejected his application without hearing him, so he had to study privately with Karl Hallé, Camille-Marie Stamaty, and Pierre Malden.

Despite the rejection, Louis Moreau managed to built become a pianist virtuoso.

Louis Moreau returned to the United States in 1853, having issues adjusting to the European musical culture. He toured the country and Canada extensively to make a living, giving concerts.

After the tour, Louis Moreau rested in New Jersey before returning to New York City, taking on a Venezuelan student named Teresa Carreño.

Louis Moreau was well known as a pianist by the 1860s. In 1862, he managed to perform 85 concerts at different locations in just four and a half months, proving his popularity in the United States.

In September 1865,  Louis Moreau fled the United States after a scandal. He was said to be having a relationship with a student at Oakland Female Seminary. Louis toured South America, performing in Santiago de Chile, Buenos Aires, and Rio de Janeiro.

On November 24, 1869, Louis Moreau collapsed in a Rio de Janeiro concert due to yellow fever. He had just finished playing his romantic piece Morte!

Louis Gottschalk never recovered from the collapse; he died three weeks later in Tijuca on December 18, 1869. Possible causes include an overdose of quinine or empyema, the result of a ruptured abscess in the abdomen.

Louis Moreau body returned to the United States in 1870 and was interred at the Green-Wood Cemetery in Brooklyn, New York. His marker was a marble "Angel of Music" statue.

Louis Gottschalk was a supporter of the Union cause during the American Civil War, despite being a New Orlean native.

Many of Louis Gottschalk’s work was lost when he died. The various pianist had recorded his piano music, and Vox Records issued a multi-disc collection of his music.