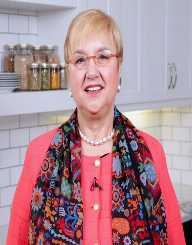 After college, Lidia Bastianich and her husband opened up their first restaurant, Buonavia. The two focused on working in this restaurant for a few years. She then opened up a second restaurant with her husband in 1972, called Villa Secondo. Both of these restaurants were Italian themed. Throughout the next decade, the Bastianich’s refined their brand and grew their fame together.

By the 1980’s, Lidia Bastianich and her husband owned several restaurants all over the United States. Over the next couple of decades, she and her husband and later on, her son, continued to open up new restaurants. Some of their restaurants include  Esca, Del Posto, and Lidia’s.

Outside of restaurants, Lidia Bastianich, along with her son and Oscar Farinetti, opened an Italian marketplace, which sells essentials for Italian meals, as well as wine. There are several locations for his business, including Chicago, Boston, and New York City. Her most recent new Eataly opened in Los Angeles in 2017. Another new restaurant is expected to open in Toronto later on this year (2018).

Lidia Bastianich also has an online store in which her books and famous sauce (sold in bottles) can be bought.

Lidia Bastianich first appeared on television in 2005 when she appeared on a documentary about herself called Lidia’s Family Table. She later earned her television show in 2007 called Lidia’s Italy. On this show, she taught viewers how to make some of her famous recipes. While doing this show, she also appeared as a guest star on several television shows, including both talk shows and cooking shows like Iron Chef America, At the Table With and The View.

Lidia’s Italy ended in 2010. She started another show for herself in 2011 called Lidia Celebrates America. This stayed on the air until 2017. In the meantime, she also appeared on another show hosted by herself called Lidia’s Kitchen which ran from 2014-2016. She also continued to appear as a guest star on various cooking shows and talk shows throughout the decade, including The Chew, Rachael Ray, and The Talk.

Lidia Bastianich has published some cooking booking, as well as children’s books. Some of her most famous books are listed below.

Lidia Bastianich’s awards are for her achievements in her cooking and her business, which go hand in hand. Some of her most impressive awards are listed below.

Lidia Bastianich married Felice Bastianich in 1966. This couple had two children together: Joseph and Tanya. However, their marriage ended in 1997.