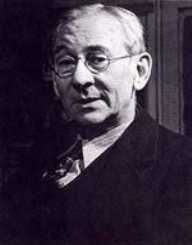 Lewis Wickes Hine was an American photographer who used his camera to document the social injustices against children workers of immigrant parents in the USA.

Lewis Wickes Hine was born on September 26, 1874, in Oshkosh, Wisconsin in the USA. He grew up in Oshkosh under the watch of his mother after his father died while he was young. Hine started working as a child laborer to help his mother in the financial upkeep of the family and his education. He studied in three universities Chicago, Columbia, and New York. He eventually graduated with a degree in Sociology.

He got a teaching job at the Ethical Culture School in New York. As a Teacher, Hine admonished his students to explore photography as an avenue in promoting social education. He spent most of his time at Ellis Island doing practical lessons in photography. He exposed his students to photographing arriving immigrants at the largest arrival station in the USA. Hine documented over 200 photographs within a period of five years from 1904 to 1909. He discovered that photography was a vital tool in communicating social messages and reforming society.

Lewis Wickes Hine managed to portray the human perspective of the hardships the foreign immigrants to the US faced at the points of entry. He also helped US citizens understand the need to accommodate the influx of incoming immigrants as a social responsibility.

Lewis Wickes Hine started his professional photographic career in 1907. He was employed by the Russell Sage Foundation as a staff photographer. He was commissioned to aid in the Pittsburg survey. He photographed employees working in the steel plants around Pittsburg in Pennsylvania. The study used the photographs to complete its findings of the difficult working conditions in the steel plants.

The following year, Hine was hired by the National Child Labor Committee or NCLC. Due to the intensity of the work at the committee, Hine quit his job as a teacher in New York. He documented children working under dire conditions in several factories across several states in the USA.

Lewis Wickes Hine faced numerous life threats on his life due to his work. His photographs exposed a practice that was forbidden under American law. Factory owners viewed Hine as a threat to their existence.  Hine used numerous false identities to gain access to most of the factories and other areas to film the child laborers. He was a fire and safety inspector, Bible salesman, factory machine engineer, or anything he thought could mask his identity.

When the WW1 broke out, Hine left the US to work for the American Red Cross Society in Europe. He photographically documented the humanitarian work of the American organization. He returned to the US after the war ended. Hine then embarked in humanitarian work using his photographs. He exposed the risks exposed to workers in the construction industry. During the building of the Empire State Building, Hine photographed workers working without any basic protective gear. He also presented the risks workers endured while working on high floors of the building. Hine scaled and dangled on some risky platforms to get a vantage point of the risks workers faced.

When the American Depression started, Lewis Wickes Hine went back to the American Red Cross. He traveled across the US photographing the effects of the recession. He documented the mitigating efforts of the government in the various states. He photographed the distribution of relief rations in the worst-hit southern states. During this time, he also photographed the natural life in America’s nature reserves.

Hine also worked for the Works Progress Administration. He compiled photographic evidence that was used in the studies on the demographic distribution of employment. Hine was hired by other organizations for his input as a social photographer. He helped organizations and other relevant authorities in understanding the hitherto unknown facts of the happenings on the ground.

Apart from being a social reformer, Lewis Wickes Hine was also an educationist. After leaving his teaching job, he continued to educate the public. He used his various portraits and exhibitions on the various social injustices to sensitize the audience on participatory reforms. Hine also served as an active member of the board at the Ethical Culture Fieldston School in New York.

Hine struggled in his late years. He was denied government support in his projects. Since most of his work was community-based, he lacked the financial strength to tour the country. After several appeals for financial assistance, Hine reigned into a life of poverty. He lost most of his possessions including his house.

Lewis Wickes Hine died aged 66 years on November 3, 1940, after an operation at the Dobbs Ferry Hospital in New York.

After his death, most of his photographs were donated to charitable museums. The Time Magazine serialized the colored pictures of his collections of child laborers in the cotton factories he visited.