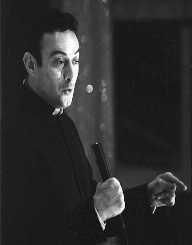 Lenny Bruce born was an American stand-up comedian, satirist, and social critic. Born on October 13, 1925, he gained a reputation for his style of comedy, which incorporated and addressed all forms of topics sex, politics, religion, and vulgarity.

His style brought him into several legal troubles including being charged for obscenity was arrested several things. Nonetheless, he influenced several other outspoken counterculture-era comedians and became a cultural icon after his death.

His trial for obscenity is also regarded as a landmark for freedom of speech in the United States. In 2017, Rolling Stone magazine ranked him behind Richard Pryor and George Carlin as third on the list of the 50 best stand-up comics of all-time.

Leonard Alfred Schneider was born on October 13, 1925, in Mineola, New York to Myron Schneider and Sally Bruce. He grew up in Bellmore. His father was a shoe clerk and his mother an st stage performer.

His parents divorced when he was five years and since then lived with various family members. His mother influenced his early career. At the age of 16, he enlisted in the United States Army for the World War II. He saw several battles aboard the USS Brooklyn (CL-40). He was discharged honorably in 1945 after claiming he had homosexual feelings.

Returning home, Lenny Bruce briefly lived with his father in California before settling in New York. Schneider decided to make comedy his profession while in New York. He met comedian Joe Ancis who influenced his later career.

Lenny Bruce adopted the name “Lenny Marseille” while performing at acting as a stand-in master of ceremony for his mother’s show in Victory Club.

He changed his last name to Bruce in 1947, hence, became known as Lenny Bruce. He properly launched his career after his appearance on the television show, Arthur Godfrey’s Talent Scout in 1948.

In 1953, Lenny Bruce wrote the screenplay for Dance Hall Racket, featuring himself, his wife Honey and mother Sally Bruce. He followed it with Dream Follies, 1954 and the children film The Rocket Man in 1954. Bruce met comedian Frank Ray Perilli in 1956, who became his part-time manager and mentor.

Lenny Bruce also collaborated with photojournalist William Karl Thomas on three screenplays including The Degenerate, Killer’s Grave and Leather Jacket. After being fired after his first performance at The Slate Brothers nightclub, he released his debut solo album, The Sick Humour of Lenny Bruch for Fantasy Records.

He released four albums in all, containing satirical interviews, and comic routines on various themes including race, abortion, religion, politics, moral philosophy, and patriotism among other topics. He later compiled the albums and released it as The Lenny Bruce Originals. Bruce made a debut television appearance on the Steve Allen Show.

Bruce’s comedy style and other personal stuff got him into several troubles with the law. His comedy renditions were seen by some to be too obscene for the time. And he was arrested at the Jazz Workshop in San Francisco on October 4, 1961, for using the word cocksucker.

Lenny Bruce was charged with violating California obscenity law but was later discharged. The following year he was arrested once in Chicago and twice in Los Angeles for violating Illinois obscenity laws. He was convicted for the Chicago offense. He left California for New York after his third arrest in the state. In March 1964, some police detective in New York City went undercover at Bruce performance at the Café Au Go Goin Greenwich Village.

Lenny Bruce booked for two shows, and in both occasions, his materials were full of obscenity putting him into trouble with the law. He was arrested alongside club owner Howard Solomon.

They were charged with violating New York Penal Code 1120, which prohibited the use of absence words that could corrupt the morals of the people.

Lenny Bruce attorneys for the case were Ephraim London and Martin Garbus. He had strong backing from a coalition of entertainers and authors including Paul Newman, Allen Ginsberg, Bob Dylan, Norman Mailer, and Elizabeth Taylor, and other media experts testified that his performance was not obscene including journalist Dorothy. Nonetheless, the court, paneled by three judges found him guilty on November 4, 1964. On December 21, 1964, he was sentenced for four months in a workhouse. He appealed the sentence and was therefore given bail.

However, he died before the case could be determined. New York governor George Pataki granted Bruce a pardon for his obscenity conviction on December 23, 2003, 37 years after his death.

Lenny Bruce married a stripper, Honey Harlow in 1951. After marrying, the couple moved from New York City to the West Coast in 1953. The couple had a daughter Kitty Bruce. Bruce in the 1950s dated jazz singer Annie Rose. Bruce and Honey divorced in 1959. He later dated comedian Lotus Weinstock.

Lenny Bruce was found dead in the bathroom of his Hollywood Hills home on August 3, 1966. Photographs showed dead Bruce lying naked with a syringe and burned bottle cap close to him. Other narcotic paraphernalia were found around.

The cause of his death was acute morphine poisoning caused by an overdose. Record producer and friend of Bruce, Phil Spector, bought all the negative photographs to "to keep them from the press." Lenny Bruce was buried in Eden Memorial Park Cemetery in Mission Hills, California.