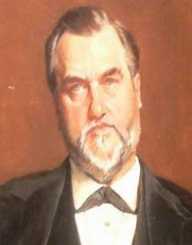 One of the most successful business tycoons, Leland Stanford, was born on 9th of March in the year 1824 in Watervliet in the city of New York. He was born to Josiah Stanford who was a farmer of some means and Elizabeth Philips Stanford.

He was born in a middle class family and was amongst the eight children for his parents. He went to an average school till 1836 but for some reasons had to drop out and was then tutored at his home only until 1839. He later graduated from Clinton Liberal Institute in New York and afterwards completed his law from Cazenovia Seminary situated in Cazenovia located in New York City.

After completing his law, Leland Stanford moved to Port Washington situated in Wisconsin along with a number of other settlers as well. It was here when Leland started his practice with Wesley Pierce after he was admitted to the bar in the year 1848.  He worked there from 1848 to 1852, before moving on to Sacramento situated in California.

While working under Wesley Pierce, Leland Stanford was also nominated for the post of Washington County, Wisconsin’s district attorney by the Whig Party.

In the year 1852, tragedy struck for Leland Stanford where he not only lost his library but other properties as well to a fire which made him shift to business with his brothers as a keeper of a general store for miners at Michigan City situated in California. During this, he was also appointed as the Justice of peace, and he started helping in organizing the Sacramento Library Association. He then, with his wife shifted to Sacramento thereby pursuing and engaging himself in large-scale mercantile pursuits along with some big names of those times.

Leland Stanford along with those names was also referred to as ‘The Big Four’ who were regarded as the major investors in the Central Pacific Railroad which was a plan engineered by the Chief Engineer Theodore Dehone Judhah. Leland Stanford was also elected as the President for the project.

Besides being an entrepreneur, Leland Standford also showed interest in politics and had quite a bit of success in his terms. He gave a shot for the post of Governor of California in the year 1859, but could not succeed. This failure did not pull his morale down as he gave a shot at it again in the year 1861 and won the elections as well. He served as the Governor of California for one term which in those years was limited to 2 years only.

As a successful entrepreneur which he was, he also started a company by the name of Pacific Mutual Life Insurance Company which later merged with Wells Fargo and Company in the year 1870. This company built the first ever Transcontinental Railroad over the Sierra Nevada Mountains. He was also elected as the chairman of the executive committee in 1890 while also holding the post of President in Central Pacific Railroad until his death.

Leland Stanford got married to Jane Elizabeth Lathrop on 30th of September in the year 1850. Unfortunately, the couple did not have a child in the marriage for years but later the couple had a son from the wedlock in the year 1868 by the name of Leland DeWitt Stanford.

Leland Stanford was suffering from locomotor ataxia from a long time, and he died on 21st of June in the year 1893 due to heart failure while he was at home in Palo Alto in California.