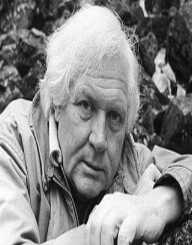 Ken Russell was one of the most scandalous English directors that are well talked about. He is known for being prominent in the issue of sexual theme and religion. He is well known for being able to direct different biopics for a famous artist, composers, and painters. His love for filmmaking started when he started his first career in photography. He grew interested in filmmaking and was able to create freelance documentary photography. Later on, he went to secure a job with BBC which sealed his fate for the Television and Films career. By 1969, his career grew with the film, Women in Love. She later started a very successful career by releasing various films including The Devils, the Altered States among others.

Ken Russell is also known to have created biopics for different artists who include Delius, Elgar among others. He has made several camera appearances as well as several penned books on filmmaking. He was equally loved and hated while he was still an English director as he explored different genres. He was loved for being capable of embracing the unexplored genre and hated for always portraying the dark side of it unashamedly.

Ken Russell was born to Henry Russell and Ethel Russell of Southampton, Hampshire, England. He happened to be the first son of the Shop owner and was born on the 3rd day of July 1927. His father was erratic, and his mother was mentally unstable. Thus, his only period of happiness was when he was in the cinema or theater. He got his education from private schools before he attended Pangbourne College and then Walthamstow Technical College.

His wish as a child was to become a ballet dancer, but he later chose to join the Merchant Navy and Royal Air Force instead. Ken Russell had served in the army before he switched to ballet pursuing a career in it before photography got his attention. He then worked as a freelancer till 1959 collating different photographies and making several amateur films and documentaries. He later got a job with the BBC with one of his documentaries. He directed an art documentaries as well as telefilms for Omnibus and Monito between 1959 to 1970.

Ken Russell later came up with one of his most successful works, Elgar in the 1960s. He later went ahead in directing some dance movies before he embraced his debut film in 1964, French Dressing. The film failed and was barely noted. He, however, do not lose faith and go on with another movie, Always on Sunday before he came up with Billion Dollar Brain. He then enjoys years of gold in 1969 when tasted a great success with his works especially, Women in Love. He bagged several awards as well as nominations. After this, he released his movie which was controversial, but his sensational pre-release was a huge hit. Later on, he released Mahler in 1974, and this was very much successful and spent fourteen weeks at the No. 1 spot.

In 1980, he ventured into science fiction before coming up with his last American movie, Crimes of Passion. His film was moderately successful but with great accolades. Ken Russell released several movies which are outstanding in the 1980s. By the end of the 1990s, he has become a powerhouse in photography and was known to have released several movies including The Prisoner of Honor, The Russia House among others. He was also known to have contributed immensely in some films as well as written several novels about his filmmaking life as well as science fictions.

Ken Russell is known for his flamboyant and controversial style. His major work was his most successful film, Women in Love. He got several awards and nominations for the movie, and it is regarded as one of the classic films of the generation. It is now Russell’s signature movie.

Ken Russell did not receive an Oscar or Golden Globe, but he bagged several award nominations for the film. However, his film was nominated for four Oscar category in which the film won the category for Best Actress. He later got a lifetime achievement at the Fantasia Film Festival before serving as a member of the jury of the 25th Moscow International Film Festival.

Ken Russell married four times during his time. Russell first married Shirley Kingdon whom he had five children. The marriage had lasted for just two decades before he married Vivian Jolly in 1984 whom he divorced in 1991. In 1992, he chose Hetty Baynes with whom he had a child with before they separated in 1997. He, however, married Elize Tribble with whom he spent the rest of his life till he breathed his last on November 27, 2011.