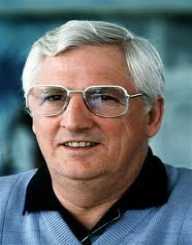 Jupp Derwall was a German coach and football player.

Jupp Derwall attended elementary school in Wurselen and high school in Aachen. He then joined the Eschweiler Mining Association because he wanted to become a mechanical engineer.

During World War II, Jupp Derwall joined the German Air Force. He was stationed in Berlin, Goslar, and Braunschweig. In 1945, he was captured by a group of American soldiers. They sent him to the internment camp Welda near Warburg. He then became a prisoner of the French, and he was forced to work in a mine. He managed to escape and find refuge in Cloppenburg.

As a teenager, Jupp Derwall joined the team Rhenania Wurselen. After the war, he spent a year playing for BV Cloppenburg. In 1946, he returned to FC Rhenania Wurselen. From 1949 to 1953, he played for FC Alemannia Aachen. In 1953, he joined FC Fortuna Dusseldorf. In 1954, he played two games for the German national team. However, he failed to make the squad that took part in the 1954 FIFA World Cup. In 1959, he left FC Fortuna Dusseldorf and joined FC Biel in Switzerland. In 1961, he played a few games for FC Schaffhausen. After that, he officially retired from his career as a player.

From 1959 to 1961, Jupp Derwall also served as a coach for FC Biel and FC Schaffhausen. In 1962 and 1963, he coached FC Fortuna Dusseldorf. He helped the team reach the final of the DFB Cup. He spent the next few years coaching FC Saarbrucken. In 1970, he became the assistant manager of the German national team under the main coach Helmut Schon. In 1972, he managed to take the team to the final eight of the Summer Olympics.

In 1978, Schon retired, and Jupp Derwall became the manager of the German national team. He helped the team win the 1980 European Championship and reach the final of the 1982 World Cup. However, the team was immediately eliminated in the 1984 European Championship. The public was mad at Derwall and forced him to resign. He turned down the offers of several German teams and moved to Istanbul, Turkey.

There, he became the manager of FC Galatasaray. He improved the team and revolutionized Turkish football. Many considered his work to be significant for German-Turkish relations. He received the German Cross of Merit and commendations from Hacettepe University in Ankara. In 1988, he retired and went back to Germany.