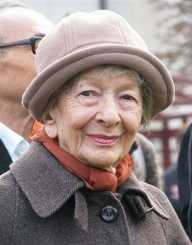 Her mother died when she was young. She went to live with her aunt for a period, and then went to the boarding school, New England Girls’ School. Her father remarried in 1929. After graduating high school, Judith Wright went to the University of Sydney and studied philosophy, English, history, and psychology.

When World War II broke out, she returned to her father’s farm to help him as the war had caused a shortage in manual labor.

Judith Wright was not only a brilliant poet, but she was also a keen advocate for conservation awareness, and for Aboriginal land rights.

Her poetry was very Australian in its content, focusing on the Australian environment. She wrote about the Australian bush (flora and fauna), indigenous Australians, and the settlers that came to Australia, and the relationships they had with each other.

Judith Wright's works were translated into quite a few different languages, including Japanese, Italian, and Russian.

With the help of friends, Judith Wright founded one of the earlier nature conservation movements, the Wildlife Preservation Society of Queensland. She strongly spoke out about the conservation of the Great Barrier Reef and Fraser Island. Judith Wright also spoke out loudly in support of the Aboriginal people, and shortly before she died, she took part in a march in the nation’s capital city, Canberra, for reconciliation between the Aboriginals and non-indigenous Australians.

Judith Wright also lectured part-time, at several Australian universities. Her speeches and addresses were collected into a volume, Because I Was Invited, in 1975.

Judith Wright was appointed as a foundation fellow of the Australian Academy of the Humanities. She was also an Emeritus Professor of the Literature Board of the Arts Council of Australia.

Judith Wright had over 25 collections of poetry published, including titles such as The Gateway, The Two Fires, City Sunrise, and Phantom Dwelling. Her works were published between 1946 and 1994.

She also wrote her memoir, Half a Lifetime, which was published in 2000, and was about the earlier part of her life.

Judith Wright met a philosopher, J.P. McKinney, around 1945. He was 23 years older than Wright, but they got on well. They moved to Queensland in 1950, and had a daughter who they named Meredith, that same year. They didn’t marry until 1962, which would have been outside society’s norm in that period of time.

McKinney died in 1966, and Wright moved to Braidwood, a town in New South Wales.

Judith Wright has several legacies so she will never be forgotten:

In 2006, the Australian Electoral Commission named a federal electorate in Queensland after her. In Brisbane, the Judith Wright Centre of Contemporary Arts has been named in her honor, and there is also a suburb in Canberra called “Wright” named after her.