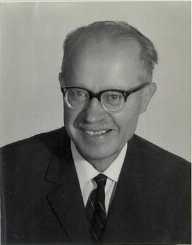 Joze Javorsek was born on October 20, 1920, in Slovenia. He graduated from high school in 1940. He later joined the University of Ljubljana where he studied comparative literature. He then met Edvard Kocbek who was an author. Edvard assisted him in pursuing a literary career. During the Second World War, he joined the partisan resistance. He became involved in the activities of the Italian Province of Ljubljana. It was at this time that he adopted the name Joze Javorsek. After the war, he became the personal secretary of the Minister for Slovenia in the Yugoslav Government. He later resumed his studies at the French Sorbonne. He also worked as an assistant at the Yugoslav Embassy, Paris.

In 1947, Joze Javorsek's collection of poems ‘Partisan Lyrics’ was published. The following year, he returned to Slovenia. In 1949, he was imprisoned by the Communist authorities. He was sentenced to twelve years in prison. In 1952, he was released from prison. He immediately went back to writing plays, prose, and essays. He became a popular playwright. His celebrated works include ‘Criminal Story,’ ‘Joy of Life’ and ‘Amplifying Glass.’ In 1961, he became an assistant at the Slovenian Academy of Sciences and Arts. He later became the Secretary in the Office of the Academy’s President.

In 1965, Joze Javorsek wrote the essay ‘Shakespeare and Politics.’ The same year also saw him publish an essay known as ‘A Guide to Ljubljana.’ In 1969, he wrote ‘How Is It Possible?’ which gained him much popularity. In 1972, his poetry collection ‘The Fate of Poetry’ was published. He also published novels such as ‘An Ode to the Earth’ and ‘Dangerous Liaisons.’ Works that were published after his death include ‘Memoirs About the Slovenes’ and ‘The Dangerous Memory.’ Before his death, he contributed to the Slovenian History and Literature. He was also a translator. He translated works of authors such as Albert Camus, Moliere Jean Anouilh, and Edmond Rostand.

In 1976, Joze Javorsek was awarded the Preseren Award. In 1987, he won the Zupanciceva Award. The following year he received the European Prize for Literature of the Writers Union of the French Language for his book ‘The Dangerous Memory.’

Joze Javorsek first wife was Nevenka who died while he was in prison. They had a son called Svit who committed suicide when he was twenty three years old. He later married Marija who was a translator. Together they had two children, George and Jan Jona. He passed away on September 2, 1990, in Ljubljana. He was buried in Velike Lasce. He died at the age of sixty nine.