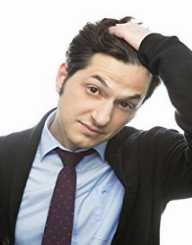 Josh Schwartz was born on August 6, 1976, in Providence, Rhode Island, USA. His parents are Honey and Steve Schwartz; He also has two younger siblings, Danny and Katie.

Josh Schwartz has loved writing and watching movies ever since he was in grade school. He later attended Wheeler School and graduated from the same school in 1994. It was no surprise to his friends and family when he enrolled at the University of Southern California to study film after graduating from high school.

Josh Schwartz would not go on to act much, but he would later become a big name for his drama and comedy writing. While in school, he wrote a couple of scripts that were sold but never aired. He dropped out of school later to focus on his writing career.

Josh Schwartz sold his first major script in 2003. It would later go on to be the pilot episode for the teen drama, the O.C. The show was so popular that he was made the executive producer and creator for the show. The show aired until 2007 and was extremely popular during all four of its seasons. His next work was on a show called Chuck, in which he collaborated with Chris Fedak to create. The show aired from 2007 to 2012 and was also extremely successful. It was not like the teen drama he had written before. It was about a detective who solved murders in creative ways. One of his biggest hits was his adaption of the books by Cecily von Ziegesar titled Gossip Girl. This show was another teen drama. The show was set in New York and followed the lives of the richest teens in New York City. It ran for six seasons from 2007 to 2012 and was famous throughout its entire run. Josh Schwartz continued to write television shows after Gossip Girl, but it can be argued that none of his other shows were as successful as his early hits. Some of the other television shows he has written for are listed below.

The Carrie Diaries
Hart of Dixie
The Astronaut Wives Club

Josh Schwartz has also had a hand at writing several made for TV movies in the early 2010’s. Some of these movies include Ghost Angeles, Hitched, Georgetown, and Broad Squad.

Josh Schwartz has also produced several movies that he has not written for. These movies include the teen comedy, Fun Size; the romance, Endless Love; and the kid’s movie, Monster High.

In 2010, Josh Schwartz co-founded the company, Fake Empire Productions, with Stephanie Savage. It was with this production company that many of Schwartz shows were made. Chuck, Gossip Girl, The Carrie Diaries, and Hart of Dixie were all produced with this company. The production company is still going strong, and they are projected to put out several projects in the upcoming years.

Although Josh Schwartz has been the writer and producer of many popular television series, he has never won an award. However, he was nominated for one: the Writer’s Guild of America Award (TV) for Episodic Drama for his work on the pilot episode of The O.C.

Josh Schwartz married Jill Stonerock in 2008. The couple has two daughters together.