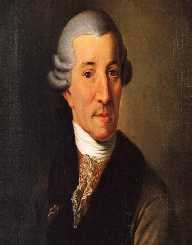 Joseph Haydn ruled the 18th-century world with his classic beats and compositions. He played a significant role when it came to the introduction of a chamber orchestra. There is no doubt that he was regarded as the Father of Symphony as well as Father of the String Quartet. His great work as a composer gave him a chance to work as a Tsar under a decorous family called Esterhazy.

Before fame, Joseph got interested in music at his tender age. But trials and fails seemed to have taken the toll of his musical career. Nevertheless, he bloomed with hope which made him compose songs such as The Seasons, The Creation and various piano trios and masses compositions.

On March 31st, 1732 Franz Joseph Haydn was first seen in the world in Rohrau, Austria. His mother was called Maria, and his father was known as Mathias Haydn. Maria and Mathis loved music to the core and Joseph became a part of them which made him follow their footsteps. At an early age, Haydn went to live with his uncle, Johann Matthias Frankh who served as a choirmaster. It was here that Joseph learned different annotations of music.

Afterward, John learned how to play a variety of musical instruments. He was later invited to serve as a chorister at St. Stephen’s Cathedral in Vienna. He remained in the position for nine years. At his tender age, Joseph matured physically which made him be expelled from the church due to the sudden change of his voice.

At first, Joseph Haydn struggled as he tried to look for odd jobs for his upkeep. He once worked as a street music performer and a music teacher. Although he didn’t receive robust training in his musical journey, he worked hard to learn several works of eminent composers. As they say, practice makes perfect; Joseph didn’t let go of his talent.

With hard work and persistence, Joseph went to work under Nicola Porpora as a personal assistant. It was there that Nicola saw in him an out of world talent and without a doubt; Haydn came to learn the correct principles of compositions. With a top-notch skill, Haydn saw himself in the row of other composers doing nothing else than playing instruments and writing music. One of his significant works includes an incredible grand opera titled The Limping Devil in 1753.

After a few years of practice and success, Joseph Haydn got a seat as a musical director and a composer of the Count Morzin of the Austrian Empire. He remained in the position for some time where he managed to coordinate and organize a musical theater that comprised of 18 composers.

In 1761 Joseph was appointed as a leading composer of the Esterhazy family. He remained in the position for three decades where he served as a full-time composer. He was also given the honor to appoint other musicians.

Not only did Joseph Haydn manage to compose a full array of operas while in the court, but he also composed string quartets and symphonies. After the death of Prince Nikolaus of Esterhazy family, many composers lost their jobs since Nicolaus’s son wasn’t interested in music. Although Haydn remained in his position, he wasn’t given any profound duty as before. This gave him a chance to explore further in regards to his musical journey.

In 1791 Joseph went to England where he met prominent composers. It was after some time that Haydn was reinstated back to his position in Esterhazy family’s court. This was after Prince Anton’s death that made Nikolaus II take over the reign.

In the course of his career, Joseph Haydn managed to compose over 32 Piano Trios, 104 Symphonies, over 90 String Quartets and 63 Piano Sonatas. One of his significant works includes a String Quartet called Emperor Quartet. He used an Austrian National Anthem theme called God Save Emperor Francis that is still used as a melody of the German national anthem.

In 1760 Joseph Haydn married Maria Anna Keller, but they parted ways due to several disagreements. He then dated Luigia Polzelli for a long time, but there is little to glean information about whether he had a child or children of his own. After serving for Esterhazy Family, Joseph turned out to a wealthy and well-respected man. He had everything he wished for, so care and comfort followed him. It was on May 31st, 1808 that he closed his eyes peacefully at 77 years of age.