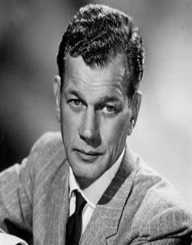 Joseph Cotten was an American movie actor best known for his work in Citizen Kane and Journey into Fear.

Joseph Cotten was born on May 15, 1905, in Petersburg, Virginia. His father Joseph, Sr. was an assistant postmaster. His mother Sally took care of Joseph and his two young brothers. The family was very prosperous.

Joseph Cotten attended at the Hickman School of Expression in Washington, DC where he studied acting.

Joseph Cotten's first job was as an advertising agent. When he tried to get his start in acting, he went to New York in 1924. While looking for roles, he was as a shipping clerk. Before long, he and his friends moved to Miami.

Miami gave him plenty of work at first, though not in acting. He was a lifeguard, salesman, and even produced and sold potato salad. He got his foot in the door as a drama critic for the Miami Herald.

His experience as a critic and as an actor in some of the plays at the Miami Civic Theater gave him enough background to try again in New York. A contact at the Miami Herald led to a job as an assistant stage manager in New York. In 1930, Joseph Cotten debuted on Broadway.

Joseph Cotten still had to make money to pay the bills. One way he did this was radio shows with his deep, raspy voice. It was in this work that he met Orson Welles, a rising star at the time. The two connected, which changed the course of Cotten's career.

Welles formed the Mercury Theatre Players. The group created productions in which Cotten starred including Julius Caesar and Shoemaker's Holiday in 1937. But it was 1941 in which Cotten made his Hollywood debut in the film classic Citizen Kane.

Citizen Kane along with Cotten's next film The Magnificant Ambersons was nominated for Academy Awards, but neither won for acting or directing.  Cotten worked with Welles once again in a screenplay of his own for the 1942 Nazi thriller Journey Into Fear.

Joseph Cotton and Welles went their separate ways after Journey Into Fear, but that did not slow down Cotten. He started working with producer David O.Selznick and acting with Selznick's wife, Jennifer Jones.

They starred together in Since You Went Away (1944) and Portrait of Jennie (1948), to name a few. Cotten also worked with Alfred Hitchcock in Shadow of a Doubt in 1943. Welles and Cotten worked together again in The Third Man in 1949. Despite rave reviews, Cotten was not chosen for Oscar glory.

Though Joseph Cotten was not getting as much attention on the big screen by the 1950s, he was finding work in TV series like Alfred Hitchcock Presents in the episode “Breakdown.”  He even had his TV series called The Joseph Cotten Show.

Horror films, especially for an aging star, seemed to be his mainstay because he continued making average movies including The Abominable Dr. Phibes with Vincent Price and sci-fi pictures like Soylent Green.

Joseph Cotten slowed down his acting work in the 1980s and enjoyed more time at home. He also wrote his autobiography Vanity Will Get You Somewhere in 1987.

Joseph Cotten married pianist Lenora “Kipp” LaMont in 1931. She had a four-year-old daughter from a previous relationship. Lenora died in 1960.  He later married actress Patricia Medina.

Joseph Cotten died on February 6, 1994, at the age of 88. The cause of death was related to pneumonia.

Star on the Hollywood Walk of Fame, Motion Picture, 1960

Vanity Will Get You Somewhere (autobiography), 1987