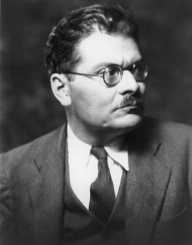 Jose Clemente Orozco is considered the father of the Mexican art renaissance. His socialist artworks painted the reality of daily life. Orozco was the voice of the daily hardships of the neglected poor.

Jose Clemente Orozco was born on November 23, 1883. He was raised first in Zapotlan El Grande, in southwest Mexico. The father was Ireneo Orozco, a businessman in town. While his mother, Maria Rosa, was an amateur singer and homemaker. His parents moved to Mexico City. They had hoped to find a better life for the children. The hardships of daily living were evident in his early years. Orozco experienced poverty as a young child.

Inspired by what he saw at the workshop of Jose Posada, Jose Clemente Orozco decided to start painting. At the San Carlos Academy of Art, Orozco enrolled for night classes. He studied arts and painting. One of his teachers was Gerardo Murillo. Also Called Doctor Atl, he inspired Orozco to be original in his works. In 1898, his parents cut short his art studies. They sent him to a rural school to study agronomy. In the countryside, he suffered from rheumatic fever and decided to go back home. Orozco then joined the National Preparatory School to study architectural draughtsmanship.

His father died of typhus in 1903. Jose Clemente Orozco left his studies to support his mother. He got work as a draughtsman. Later, he started painting portraits of the dead as a postmortem painter. In 1904, he got an accident while mixing chemicals to make fireworks. The chemicals exploded, injuring him. It happened during Mexico’s Independence Day holiday. There were no doctors available to attend to him. Several days passed before he was treated. By the time of treatment, gangrene had set in. He lost his left-hand through amputation.

When the government was overthrown in 1911, the opposition broke up. A power struggled ensued. Due to his handicap, Orozco was not enrolled to fight. By 1914, a civil war broke out. He became a cartoonist of a local paper, La Vanguardia. The paper supported the faction of Alvaro Obregon.

Jose Clemente Orozco did the first solo exhibition of his paintings called House of Tears. This happened in 1916. Due to the hostile reception to his work, he left Mexico in 1917. He stayed in the US for several years returning to Mexico in 1920. The New president was Alvaro Obregon. The new government supported his works. His friends Diego Rivera and David Siqueiros were also promoted. Between 1923 and 1927, Orozco was hired to paint for the government. He painted the walls of the National Preparatory School. The government drives to reinvent Mexican art gave him many opportunities. He painted most walls on government buildings.

In 1927, Orozco went back to the US. There he did several paintings over the years. In 1930, Pomona College in California hired him to paint the student cafeteria. Then he painted at the New School of Social Research. Orozco also painted campus library mural in Dartmouth College in Hampshire. The Epic of American Civilization lasted two years before completion.

In 1934, he returned to Mexico as an established painter. The government gave him a job to paint its palace in Guadalajara. The fresco on the palace ceiling was named The People and Its Leaders. Arguably his most famous job was in Guadalajara’s hospital. Inside Hospicio Cabanas, are Orozco’s best-known frescos. He returned to New York and did help put up an exhibition, Twenty Centuries of Mexican art.

Jose Clemente Orozco got married to Margarita Valladares in 1923. The couple had three children. In 1943, Orozco left his wife for another woman Gloria Campobello. They soon separated. Orozco never returned to Margarita. He died in September of 1949.

Orozco left behind a new sense of thinking to the Mexican art. His style of painting evoked social debates on the daily lives. Art is now seen as a means of media, a tool for expressing feelings.