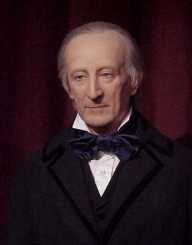 John Tyler was tenth President of the United States born on March 29th, 1790. He became president after William Henry Harrison the officeholder died and became his successor. John Tyler was only 19 years old when he began practicing law. Growing up, he was brought up with five sisters and two brothers. They received the best education given they were from a wealthy family. During the civil war, the prominent politician advocated greatly for rights of the. Also, he was on the side of Confederate government.

Until he took his last breath, John Tyler also served at Confederate House of Representatives. John Tyler tried his best to rule his country well during his reign. However, he was met with much opposition from the other parties present at the time. As a result, after his death, his presidency did not leave any marks in the political history of America.

John Tyler was born on March 29th, 1790 to a wealthy family. His place of birth was in Charles City County, Virginia United States. John Tyler, Sr. his father was the Governor of Virginia from 1808 till 1811. Sadly, he died in 1813. Tyler has two brothers and five sisters.

John Tyler attended College of William and Mary where he studied law. In 1807, he was through with his studies hence graduated and attained his degree in Law. He was 17 years old at the time. Subsequently, he joined the bar in 1809. After that, he was employed for a while in a famous law firm situated in Richmond.

In 1811, John Tyler was appointed as the member of Virginia House of Delegates. He served in the position till 1816. Later in 1825, he became the state's governor and served till 1827. During this time in power, John Tyler was known to be a neutral leader. He supported no form of focused federal power.

In 1840, he became the running mate of William Henry Harrison who was running for the presidency. He was with the Whig Party. They won in the elections. In 1941, they officially went into the office. Sadly, President Harrison suffered from pneumonia and passed on. He had only served in the office for a month. As a result, John Tyler succeeded him and became the tenth president of the United States.

Among his victories as president was ending the war of Second Seminole. This was in the year 1842. Two years later, in 1844, the Americans could freely trade their goods at Chinese ports following the Treaty of Wanghia which he brought in. In 1861, he became the head of the Peace Convention.

John Tyler was a father of many children. With the fifteen children he fathered, he became the first US president ever to have as many kids. Eight of those children were from his first marriage to Letitia Christian. She later died on September 1842 His second wife Julia Gardiner bore him seven. Additionally, John Tyler was also a skilled and talented violinist. During his parties, he would always entertain his guests with it.

John Tyler suffered poor health almost his whole life. Eventually, he died of a stroke on January 18th, 1862 in Richmond, Virginia, U.S. He was 71 years old at the time.