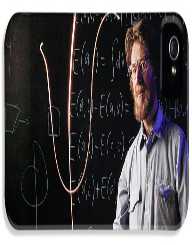 John Stewart Bell was born on June 28th, 1928. He was a famed physicist who later coined Bell's theorem. This theorem proved to be of significant value to quantum physics.

John Stewart Bell was born on June 28th, in 1928. His birthplace was in Belfast, Ulster, Northern Ireland. He was the son of Annie and John Bell, both of whom were of Ulster Scots descent. By the time Bell was 11 years old, he had made up his mind of being a scientist in the future. He enrolled at Belfast Technical High School where he graduated when he was 16 years old. He later went for his physics degree at the Queen's University of Belfast. He graduated in 1948.

After completing his undergraduate studies, Bell went for his Ph.D. enrolling with University of Birmingham and graduated in 1956. Here, he had specialized in nuclear physics.

John Stewart Bell began his professional career by working with the Atomic Energy Research Establishment. He worked here for a couple of years before shifting to work at the European Organization for Nuclear Research situated in Geneva, Switzerland.

While on leave from the European Organization for Nuclear Research he went to spend time at Stanford University. John Stewart Bell also went to University of Wisconsin–Madison and later to Brandeis University. The following year after his leave, he jotted a paper titled "On the Einstein-Podolsky-Rosen Paradox." This work described how one could derive his most notable theorem that would be called Bell’s Theorem. However, his work was faced by numerous debates with regards to the (Einstein–Podolsky–Rosen) EPR analysis.

While John Stewart Bell was in the United Kingdom working on a particle accelerator, he met Mary Ross whom would later be his wife. He married Ross in 1954.

John Stewart Bell passed away on October 1st, 1990. He suffered from a cerebral hemorrhage which led to his death at the age of 62.