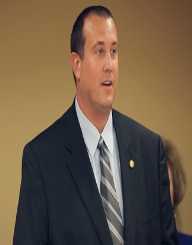 John Pippy is an American Politician born in 1970. Since 2003 until 2012 he has served in the Pennsylvania State Senate as a Republican Party member. He was an active politician during the Iraq war from 2003 till 2004. He has received much credit for his love for the environment. He is an excellent promoter for the conservation of the environment.

John Pippy was born on December 12th, 1970. His birthplace was in Thailand. This was at a US Airforce base where his father Jack Pippy worked. His mother is Pensri Pippy. She is from Thailand. The family returned to the United States when John Pippy was a year old.

After his early education, John Pippy joined the United States Military Academy in New York. He studied environmental science at the University. When he completed his studies, he graduated with a bachelor’s degree in 1992.

Just after his graduation, John Pippy began his career at the US army. He was inducted with the 1st Cavalry Division located at Fort Hood in Texas. He served dutifully from 1992 to 1995. He then joined the Pennsylvania National Guard a leading Guard in the entire United States. He is currently the Major.

In 1996 John Pippy was elected to the Pennsylvania House of Representatives. He was a candidate of Republican Party. His opponent in the elections was Andrew McGraw of Democratic Party. He was re-elected again in 1998. In 2000 and 2002 he automatically maintained his position after he ran unopposed.

John Pippy served in the Iraq War and returned at the beginning of 2004. He then picked up his role in the Pennsylvania Senate from where he had left. During re-election that year he emerged victorious once again defeating his Democrat opponent, Gianni Floro.  He ran against Amy Jude a Democrat candidate in the 2008 senate elections. He won by a landslide where he won by 64.8% of the votes.

From 2009 to 2010 John Pippy was a committee member at Banking and Insurance, Law & Justice, and Appropriation among others. He was later appointed chairperson at the Finance Committee and Legislative Budget. He resigned from Senate seat on June 2012 upon which he became person in-charge of the PA Coal Association.

John Pippy has since then become a member of many non-legislative committees. Some of these committees include but are not limited to Base Development Caucus, Early Childhood Education Caucus, Life Sciences Caucus among others.

John Pippy tied the knot with Katherine Pippy. He is a Lobbyist and a political operative. They are blessed with three children namely: Katelyn, Reagan, and Sean.