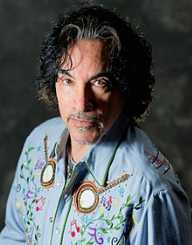 John Oates is an American musician who is best known for being one half of the duo Hall & Oates.

John Oates was born on 7 April 1948 in New York City. His mother, Ann De Palma, was an Italian who had immigrated to America. Al Oates, Oates’ father, was also from a non-American lineage, his parents were from England and Gibraltar. While Oates was still young, his family moved to the town of North Wales in Pennsylvania. Even as a child Oates was musically inclined and learned to play guitar at a young age. The R&B musicians around Philadelphia influenced him at the time. He attended North Penn High School. After graduation in 1966, Oates went to Temple University to study journalism. It was here that he met Daryl Hall.

John Oates recorded his first single in 1966, I Need Your Love. Oates real success came when he met Daryl Hall, and they formed the duo, Hall & Oates. Oates had released, I Need Your Love, with a group called The Masters and Hall was leading a group called The Temptones. Hall and Oates had lived together and known each other for some years before they formed a duo in 1970. They released their debut album in 1972, Whole Oats. The album made a little impact commercially or critically. They struggled to find a signature sound during the early years of the partnership.

Neither of their next two albums, Abandoned Luncheonette, and War Babies, offered much in the way of success either. The single She’s Gone from the album Abandoned Luncheonette would reach number one in America, but only when the group, Tavares covered it. Their albums did manage to achieve some regional success, in particular, Minneapolis. The duo's breakthrough came when they left Atlantic Records and moved to RCA Records. Their first album with the new label was self-titled and featured their first top ten single, Sara Smile. Following the success of Sara Smile, they re-released She’s Gone, which they also reached the top ten in America.

In 1977, Hall & Oates scored their first number one hit with the single, Rich Girl. The duo began to tour extensively, but their success was tempered by the emergence of disco and its dominance of the pop charts at this time. With disco at the height of its popularity Hall & Oates struggled to gain traction with the albums, Beauty on a Backstreet, Along the Red Edge and X-static. The lack of success forced another change, and the duo shifted from recording in LA to New York and produced their album. Voices was the result of these changes. The album featured three top twenty hits; You’ve Lost That Loving Feeling, a cover of the Righteous Brothers’ song, Kiss on My List and You Make My Dreams. Kiss on My List reached number one on the Billboard charts and also charted in the UK.

They released Rock n’ Soul Part One in 1983, and it featured the single Say It Isn’t So. Say It Isn’t So reached number two in America and was kept off the number one spot by Michael Jackson and Paul McCartney, Jackson’s Thriller album was dominating the charts at the time. The Duo’s twelfth album, Big Bam Boom, reached number five on the American album charts and sold over three million records. The best-known single from the album was the hit, Out of Touch. In 1987, Hall & Oates changed record label again when they signed with Arista Records. Their first album with the new label was Ohh Yeah!. It was the last album by the duo to achieve platinum certification.

In 2006, they released a Christmas album, Home For Christmas, which was a number one on the adult contemporary charts in America. Oates released his first solo album in 2002, Phunk Shui. This was followed by a second solo effort in 2008, 1000 Miles of Life. A third solo album, Mississippi Mile, was released in 2011.

John Oates married Nancy Hunter in 1983. The couple would later divorce. Oates married his second wife, Aimee Pommier, in 1994. The pair has a son, Tanner, together.