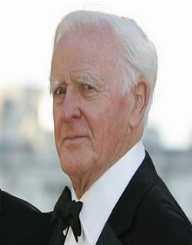 John Le Carre was born on October 19, 1931, in Poole, Dorset, England. He is a former British intelligence officer who turned to writing and authored several novels. Between the 1950s and 1960s, he served in the Security Service and the Secret Intelligence Service. He published his first novel in 1961 which was followed by his best-selling novel ‘The Spy Who Came in from the Cold’ in 1963. After the success of this latter publication, he left the MI6 to pursue a career in writing.

John Le Carre was born David John Moore Cornwell to Ronald Thomas Archibald Cornwell and Olive Moore Cornwell. He was born on October 19, 1931, in Poole, Dorset, England. He began his education at St Andrew's Preparatory School in Berkshire and later went to Sherborne School. He withdrew from Sherborne School due to the harsh disciplinary actions he experienced there. He took studies on foreign languages at the University of Bern in Switzerland from 1948 to 1949.

In 1950 he served as German language interrogator for the Intelligence Corps of the British Army. In 1952, he enrolled at Lincoln College of the University of Oxford in England and also worked for the MI5 as a spy on Soviet agents. In 1954, he was forced to quit Oxford when his father became bankrupt and started teaching at Millfield Preparatory School. In 1955, he went back to the University of Oxford and completed in 1956 with a Bachelors of Arts Degree first class honors.

After graduation, John Le Carre worked at Eton College for two years teaching German and English before taking a job as an MI5 officer in 1958. His role as an MI5 officer included running agents, conducting interrogations, tapping telephone lines and effecting break-ins. He began active writing while working as an MI5 officer and wrote his first novel titled ‘Call for the Dead.’

In 1960, he started working for the foreign –intelligence service as an MI6 officer at the British Embassy situated at Bonn. He later worked as a political consul in Hamburg. While at Hamburg he wrote his second book titled ‘A Murder of Quality’ in 1962 and followed by ‘The Spy Who Came in from the Cold’ in 1963. He published the books under the name John le Carré due to the regulations that restricted foreign officers to use their names while publishing.

John Le Carre has received many awards including the Somerset Maugham Award in 1964, Honorary Degree (Doctor of Letters) from the University of Bath in 1998, the Goethe Medal in 2011 and Degree of Doctor of Letters, honoris causa, by Oxford University in 2012.

John Le Carre married Alison Ann Veronica Sharp in 1954 and together had three sons Simon, Stephen, and Timothy. The couple divorced in 1971 and he married Valérie Jane Eustace in 1972. They were blessed with one son named Nicholas. In 2008 he was ranked 22nd by The Times on its list of ‘The 50 greatest British writers since 1945’. He is currently eighty six years old.