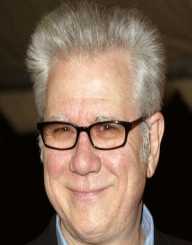 Rose to fame due to his portrayal as Dan Fielding in the TV series Night Court, John Larroquette is an American actor who is not only a multi-Emmy winner but also well-versed on Broadway and the film industry.

The Local Boy From Louisiana

John Bernard Larroquette was born in New Orleans, Louisiana on November 25, 1947, to John Edgar Larroquette Jr. and Berthalla Oramous. His father worked as an officer in the US Navy while his mom worked as a sales clerk in a department store. As a child, he grew up near the French Quarter in the Ninth Ward of New Orleans and found an affinity towards music.

He started playing the clarinet and the saxophone at a young age and continued on until high school wherein he along with other high school friends formed a band called The New Universal Demonstration for Love, Ecstasy, and Sound, or NUDELES for short.


Larroquette’s Shift From Music To Acting

Larroquette shifted from music to acting during his senior year in high school and from there dropped music altogether. In 1973, he formally moved to Hollywood after a brief stint as a radio DJ in an underground radio station wherein the DJ was given freedom to play whatever they wanted. The following year, he met his future wife Elizabeth Ann Cookson who he married on July 4, 1975; the date was the only free day the both of them shared due to conflicting rehearsal schedules. The couple has three children together named Lisa, Jonathan, and Ben.

A Favor Turned To Opportunity

He made his acting debut as a USMC fighter pilot named Bod Anderson in NBC’s 1970 show entitled Baa Baa Baa Sheep. Unknown to many, Larroquette was responsible for the opening narration of the 1974 horror-thriller film The Texas Chainsaw Massacre. He worked on the said film as a favor for his friend, Tobe Hooper, the film’s director. The following year, he made an appearance on Sanford and Son as well as debuting on national TV as part of the cast in the 1975 series Doctor’s Hospital. After his appearance as Dr. Paul Herman in the Doctor’s Hospital series, he moved on to the Black Sheep Squadron series portraying the role of Robert Anderson for two years.

From his small portrayals came an opportunity to showcase his acting talents. In 1984, he was cast as Dan Fielding in the series Night Court. He went to play the character of Fielding for the show for 8 years starting from 1984 until 1992.

At the series’ conclusion in 1992, there was the talk of a spin-off series of the show. However, Don Reo and Larroquette thought it befitting to develop a show that showcased the actor’s internal struggles, especially with alcoholism. This idea gave birth to the John Larroquette Show with the actor taking in the role of a man named John Hemingway. Although it did not win the hearts of the general public, the series itself received critical acclaim for its well-thought-out theme.

Besides his portrayal of Fielding, another notable character Larroquette played is Joey Heric in the 1998 drama Legal Practice. For the series, he took on the role of a homosexual psychopath with a narcissistic streak that murders his lovers to death. He won an Emmy award for this role and became an Emmy nominee once again for the reprisal of this role in 2002.

Larroquette is a multi-Emmy winner who has a total of 5 awards for his work. Prior to his Emmy Award for playing the role of Joey Heric, he received 4 more before that. Four of those Emmys came from his portrayal of Dan Fielding. He bagged the award for four consecutive years starting from 1985 to 1988. The following year, he requested not to be nominated for the award. He received a Tony Award for his work on How to Succeed in Business which made him the recipient for Best Featured Actor in a Musical and Drama Desk Award for Outstanding Featured Actor.