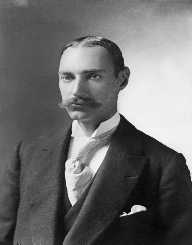 John Jacob Astor IV was born on July 13, 1864. He was a renowned real estate entrepreneur and business investor. He built the famous Astoria hotel. He had a net worth of $87 million, making him one of the wealthiest men in the world. His name became synonymous when he died on the RMS Titanic. Astor died on the RMS Titanic on 15 April 1912. He was from the famous Astor family, which had immense wealth that he inherited.

John Jacob Astor IV was born on July 13, 1864, in Rhinebeck, New York. His father, William Backhouse Astor, Jar was a tycoon who had six children, Astro IV included. Their mother, Caroline Webster "Lina" Schermerhorn, was a socialite. His great-grandfather was John Jacob Astor, who was a fur trader, which created their wealthy dynasty.

Astor’s paternal grandfather, William Backhouse Astor Senior, was prominently known for his real estate venture. Astor had ancestry connections to more famous people like James Roosevelt "Rosey" Roosevelt and Alida Livingston. He was nicknamed ‘Jack’ that led to many newspapers and tabloids naming him ‘Jack Ass.’

When John Jacob Astor IV chose to pursue a writing career in the 1890s, he was able to write a book, Journey in Other Worlds, in 1894. He was also an inventor of the bicycle brake (1898,) pneumatic road-improver and vibratory disintegrator, which he patented. His invention’s ability led him to improve the turbine engine.

In 1887, he built the famous Astoria hotel in New York, which gained recognition in the world as the most luxurious but was later renamed the Waldorf-Astoria Hotel after merging with his rival cousin ’s, William’s Waldorf Hotel. In the year 1899, he invested in Tesla Motor Company and was given the position of director.

John Jacob Astor IV was also involved in some numerous real estate projects that raked millions. Astor also served in the military as the colonel in the year 1894 to 1896. He also financed the artillery unit and allowed his yacht to be used by the US government. He took roles in films due to his active roles in the military, therefore, featuring in President McKinley's Inspection of Camp Wikoff (1898). He then appeared in the 1899 film that were, Col. John Jacob Astor, Staff and Veterans of the Spanish–American War.

In 1891, John Jacob Astor IV married Ava Lowle Willing and were blessed with Vincent and Alice but divorced in 1909. In 1911, he then married Madeleine Talmage Force who was 30 years younger than Astro. In 1912, they boarded the RMS Titanic from France, but it hit an iceberg and sank.

John Jacob Astor IV confirmed that Madeleine, who was pregnant, was in one of the limited lifeboats. Astro died on April 15, 1912. He had left a will, which gave out $69 million to Vincent of the entire $85 million estates. Madeline was also left with a trust fund and outright bequest. His daughter Ava got $10-million trust fund and his other child, Jakey, was even to get a $3 million trust fund the moment she reached 21 years. Astro has had a lot of stories and legends created after his death in the Titanic. One of the said claims includes his statement, "I asked for ice, but this is ridiculous.” Many of these were just tales, rumors, and quite absurd.