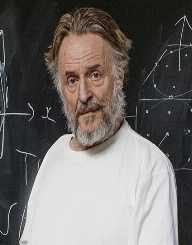 John Horton Conway was born on December 26th, in 1937. He is a well-known English mathematician. Conway has made several contributions to theories such as the number theory, knot theory, coding theory, and the combinatorial game theory. He currently lectures at Princeton University located in New Jersey.

John Horton Conway was born on December 26th, in 1937. His place of birth was in Liverpool, England. He was the son of Agnes Boyce and Cyril Horton Conway. Right from the time, he was young, Conway’s interest in mathematics was evident. According to his mother, Conway began reciting the powers of two at the age of 4. By the time he clocked 11, he had a clear ambition, to become a mathematician.

Conway attended Gonville and Caius College in Cambridge. He majored in mathematics. In 1959, he earned his bachelor’s degree. After that, he took up the task of researching in number theory under the supervision of Harold Davenport. Later, in 1986, he left Cambridge and went ahead to chair the mathematics department as Princeton University.

Conway earned high acclaim following his invention dubbed; the Game of Life. This was based on cellular automation. Through his invention, it has paved the way for numerous inventions of computer programs and websites. The Game of Life invention adopted the name Turing complete.

Conway’s partnership with Martin Gardner is not a secret. Gardner, a Scientific American columnist, and a mathematics popularizer helped increased the popularity of Conway’s work. For instance, in 1970, he featured Conway’s discovery in the Mathematical Games column. This brought Conway a huge fan base as the column was the most read of all Gardner’s columns.

In 1971, Conway took home the Berwick Prize. A decade later, he became a member of the Fellow of the Royal Society. Besides, he also earned himself the recognition of being the first individual to be gifted with the Polya Prize (LMS) in 1987. After that, in 1998, he bagged home that Nemmers Prize in Mathematics. Two years later, he was again bestowed with the Leroy P. Steele Prize. Recently, in 2017, he was gifted with an honorary membership to the Mathematical Association.