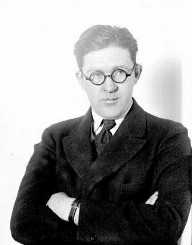 John Martin "Jack" Feeney known as John Ford was an award-winning American film director who received a record of four Academy Awards in his field as a director and two others for his films. Born on February 1, 1894, John Ford was known as an astute director for both Western and adaptations of classic 20th-century American novels. His career, which spanned more than five decades saw him direct films like Stagecoach, 1939, The Searchers, 1956, The Man Who Shot Liberty Valance, 1962, and The Grapes of Wrath in 1940 among several others. He won the Academy Award for; The Informer,1935, The Grapes of Wrath, 1940, How Green Was My Valley 1941, and The Quiet Man in 1952. He was acclaimed as one of the influential and best film-makers even among his colleagues.

John Ford born John Martin Feeney was born on February 1, 1894, in Cape Elizabeth, Maine to John Augustine Feeney and Barbara "Abbey" Curran. He was the tenth child of eleven by his parents. He was educated at Portland High School, Portland, Maine. While there, John Ford  played fullback and defensive tackle, earning the nickname, Bull.

In 1914, he moved to California, where he started working in film production and acting in productions of his older brother Francis. This was when he adopted the name John Ford for his professional career. During this period, he played an uncredited role of a Klansman in D.W. Griffith’s The Birth of a Nation in 1915.

John Ford  left for California in 1914, where he started working with his brother Francis Ford, a multi-talented movie actor and director and owner of the production company(101 Bison) at Universal. John Ford  worked as a handyman, stuntman and briefly as an actor in his brother’s films. The year, he appeared in his brother’s production, The Mysterious Rose. John Ford  later became the chief assistant of Francis and also served as a cameraman within three years.

John Ford’s first decade in film directing saw him direct more than sixty silent films including western productions from 1917 to 1928. However, just about ten of them survived in their entirety. He became one of the most sought after directors in Hollywood. Even at the earlier stage of his career, he made ten films in 1917, eight in 1918 and almost a double of that in 1919.

In 1917 he directed The Tornado, Trial of Hate, The Scrapper, the Soul Herder and Cheyenne’s Pal. That same year, he directed his first feature-length production, Straight Shooting and that is his only surviving complete film as director. In the space of three years, he directed over thirty films for Universal. In 1920, he left for William Fox studio and Just Pals, became his debut film with the company.

John Ford  directed several other films within that time but the drama, The Iron Horse in 1924, became his first major success. The film was also one of his production due to a large number of people involved among several others. The production included the construction of two towns, 5000 extras, 100 cooks, 2000 rail layers, a cavalry regiment, 800 Indians, 1300 buffaloes, 2000 horses, 10,000 cattle and 50,000 properties among several others. It became one of the top-grossing films of the decade, earning over US$2 million against its budget of $280,000. Hedirected3 Bad Men in 1926, Four Sons 1928 and his last silent feature film Hangman’s House in 1928.

John Ford became one of the first director of sound films by shootingFox’s first song sung on screen for the film, Mother Machree in 1928. He followed it with Riley the Cop, 1928, Strong Boy, 1929 and The Black Watch, which is his first complete surviving sound film. Henry King adapted the film as King of the Khyber Rifles in 1954.

John Ford cemented his credentials as one of the top directors at the time and thiscame with an increased purse. Being paid$300–600 per week during his early days with Fox, this increased to over $100,000 a year between 1934 to 1941 and even as much as $220,068 in 1938. This was more than twice the salary of the United States President at the time.

In 1934, he directed the World War I drama, The Lost Patrol a remake of the silent film, Lost Patrol set on Philip MacDonald’s book, Patrol became one of his popular sound films. His next films were, The World Moves On and Judge Priest.

In 1935, he directed The Whole Town’s Talking his first film for Columbia and later with The Informer that same year. The film which, starred Victor MaLaglen became a huge success earning Ford his first Academy Award for Best Director. He followed it with several other films.

John Ford  served in the United States Navy during the Second World War as a Commander of USNR and at the Office of Strategic Services as the head of the photographic unit. Heading that position, he made documentaries for the Navy Department. During this period, he worked on the semi-documentary, The Battle of Midway, 1942 and the propaganda film, December 7th: The Movie in 1943, both of which won him an Academy Award.

John Ford was wounded in the arm during the Battle of Midway by shrapnel while filming the Japanese attack on the power plant of Sand Island on Midway. John Ford  was also present on D-Day at the Omaha Beach. In 1945, he directed They Were Expandable for MGM and that became his last wartime film.

In 1939, John Ford directed Stagecoach, which became a huge success. He directed other films like When Willie Comes Marching Home, 1950, and the Rio Grande for Republic Pictures same year. The latter became commercially successful grossing $2.25 million in its first year. He followed it with The Quiet Man also for Republic Pictures in 1952 and that came out as a huge success grossing about $4 million in the United States. It won him his fourth Academy Award for Best Director after receiving seven nominations at the awards. John Ford  directed several other commercially successful and highly reputed films with his last completed work being Chesty: A Tribute to a Legend. It was a documentary for General Lewis B. Puller the most decorated US Marine.

On July 3, 1920, John Ford married to Mary McBride Smith. The couple had two children. Ford’s health began to deteriorate after breaking a hip in 1970, which made him wheelchair bound. He died on August 31, 1973, at Palm Desert. Ford was buried in Holy Cross Cemetery in Culver City, California.

John Ford received several awards for his career including six Academy Awards, four of which he received for Best Director 1935, 1940, 1941 and 1952. The others were Best Documentary for The Battle of Midway and December 7th: The Movie. With this, he became the only director to have won the best Director Oscars. He won The George Eastman Award in 1955 and 1957 for his distinguished contribution to the art of film.

John Ford  also received the American Film Institute Life Achievement Award in 1973 being the first recipient of the award. President Richard Nixon awarded him the Presidential Medal of Freedom. Ford’s films How Green Was My Valley, The Battle of Midway, and Four Sons have been preserved the Academy Film Archive.