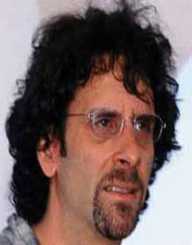 Coen purchased a camera from his savings when he was young, and along with his brother, the pair made movies they had seen on television.

Joel Coen studied at St. Louis Park High School and graduated in 1973. He then went to Bard College at Simon’s Rock, followed by study at New York University in their film program.

After he graduated from university, Joel Coen worked as a production assistant on industrial films and music videos.

The brothers wrote and directed their first movie in 1984, called, Blood Simple. The film received critical acclaim, and it won both Sundance and Independent Spirit awards. It starred Frances McDormand, who would later become Coen’s wife.

Their next movie was in 1985, called, Crimewave. It was directed by Sam Raimi, who Coen had initially met in 1981 while editing one of his films.

Fargo was a critical and commercial success, winning several awards for the brothers.

It was also around 2000 that Joel Coen and his brother established their own film production company, called Mike Zoss Productions. It has been credited on all their movies since O Brother, Where Art Thou?

Between 1984 and 2018, Coen and his brother created 25 movies. They wrote all of them and directed all of them except for five.

The brothers have been nominated for 90 awards and have won 21 of them. Their wins include four Academy Awards, one Golden Globe, two BAFTA Awards, and three Critics Choice Movie Awards.

Joel Coen married Frances McDormand in 1984. McDormand is a well-established actress in her own right who often acts in movies made by the Coen brothers. The couple adopted a son.