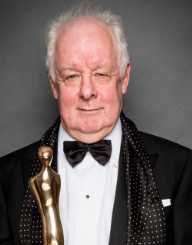 Jim Sheridan was born 6th February 1949 to Peter and Anna Sheridan, in Dublin, Ireland. His parents managed a lodging house, and his father was also a railway clerk.

Sheridan enrolled at University College Dublin in 1969. He studied History and English, and before long he became involved with the student theater. Sheridan graduated in 1972.

Jim Sheridan began writing stage plays with his brother. As a result, in the late 1970s, the Project Theatre Company hired Sheridan to write for them. Sheridan then moved to Canada in 1981, but he moved on to New York City where he settled. He studied at New York University, at the Tisch School of the Arts. In the late 1980s, he moved back to Ireland.

Sheridan directed My Left Foot in 1989, which became a huge success both commercially and critically. His follow-up movie was called The Field in 1990, and his third movie was In the Name of The Father in 1993.

Jim Sheridan has been nominated for 17 awards, including six Academy Awards.

He has won four awards, and these include:

1994: Golden Bear award at the Berlin Film Festival
2002: Best Original Screenplay at the National Board of Review
2015: Lifetime Achievement Award at the Independent Spirit Awards

Jim Sheridan married Fran in 1972, and the couple has three daughters.