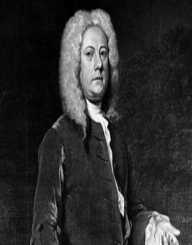 Although the name coincides with that of another famous Jethro, many people associate it with a real pioneer in agriculture. Jethro Tull, the English inventor of the seed drill, was born in 1674 in Berkshire. He was born into a gentry family, and his early life in an agricultural region influenced his later years. He grew up to become an influential pioneer in British and world agriculture, putting another brick in the building of the British agricultural revolution.

Jethro Tull studied his higher education at Oxford University, studying to be a barrister (a high-ranking legal profession). His political education, though, did not see realization. In the final period of studies, he became ill, which severely hampered his efforts. In 1699, he married and returned to his father’s farm. There, he worked the land and enhanced his experience in the field of agriculture, crucial for his later inventions.

By 1701, Jethro Tull was highly dissatisfied with the work on his land. The man-controlled sowing instruments were inefficient and slow. His wit eventually brought about the invention of the horse-drawn drill, which made work substantially easier. Moreover, the device allowed for the rows to be well-structured and the overall process much more effective long-term. In 1709, after having perfected the technique, he bought a farm where he could implement his methods.

A few years later, Jethro Tull started traveling across Europe to explore farming methods. He visited France and Italy and received valuable impressions from the practices in those regions. In 1714, when he returned from his Europe trip, he did not waste time. He immediately began improving his methods. Jethro made good use of what he saw in the vineyards he visited and pulverized the earth between his rows on the farm. Although this was to a certain extent based on a false belief – that plants got nutrients from the ground – the method was effective. The latter decreased the need for manure. He used it for years after and eventually influenced the agricultural minds of the 18th century.

In 1731, Jethro Tull documented his advancements in a book called The New Horse Hoeing Husbandry. Like many great innovations, this one was also met with a wave of criticism. Its impact was so high that it was discussed a whole century after its appearance. Eventually, though, his role in the Agricultural Revolution was recognized. His machines outlived and outperformed the other inventions of the time. Jethro Tull died on February 21, 1741. Even though he did not see the complete recognition of his tools, they were indeed an essential step in British and world farming.