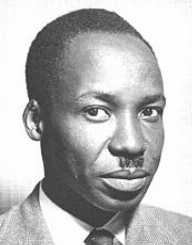 Julius Nyerere was a Tanzanian teacher,anti-colonial activist, and politician. Born on April 13, 1922, he served as the Prime Minister of Tanganyika from 1961 to 1963 and the President from 1963 to 1964. From 1964 to 1985, he served as the President of Tanzania, the successor state of Tanganyika. He was a founding member of the Tanganyika African National Union (TANU), as a vehicle to campaign for independence from the British rule. Inspired by the Indian Independent activist, Mahatma Gandhi, he encouraged a non-violent approach to achieve independence.

Julius Nyerere later joined the Chama Cha Mapinduzi party. Nyerere was ideologically an African socialist and nationalist and propagated the political philosophy called Ujamaa. During the 1958-59 elections, Nyerere won an election to the Legislative Council. He became the Prime Minister after leading TANU to victory during the 1960 general election. Tanganyika gained independence from British rule in 1961 with Nyerere becoming the first president in 1962 when it became a republic. Tanganyika and Zanzibar became one to form the country, now known as Tanzania in 1964 with Nyerere as president. He resigned as president in 1985 and was succeeded by Ali Hassan Mwinyi.

Julius Kambarage Nyerere was born on April 13, 1922, in Mwitongo, in Butiama in the Mara Region in the British colony of Tanganyika. He was born to the chief of Zanaki people, Nyerere Burrito and his fifth wife Mugaya Nyang'ombe. His father had 22 wives, and he was one of his surviving 26 children. On his mother side, he was second of eight other siblings of which two could not survive infancy.

Since Burrito was a British colony, the colonial administration encouraged education especially among the children of the chiefs in the area. This was a way to perverse the chieftaincy institution and prevent a future challenge of the colonial governance that may result from the influx of a separate educated indigenous elite. Julius Nyerere received primary education at the Native Administration School in Mwisenge, Musomafrom 1934 to 1936. He was a brilliant student and was not a fan of sporting activities. Passing his final exams with distinction, he was given a government scholarship to attend Tabora Government School, a secondary school in Tabora.

After graduating in 1942, Julius Nyerere enrolled at Makerere College in, Kampala, Uganda to pursue a teacher-training course. He graduated with a diploma in education in 1946. After graduation, he taught in several Roman Catholic schools. He later enrolled at the Edinburgh University where he graduated with an M.A in history and economics in 1952. On his return, he taught in Roman Catholic institutions to have a stream of income.

Julius Nyerere started his political career by joining the Tanganyika African Association, where he became the treasurer. The association had the independence of Tanganyika as its ultimate goal. He later became the president of TAA. Nyerere then worked with Oscar Kambona to transform TAA into the political party Tanganyika Africa National Union on July 7, 1954. Some of the early executives of the party were the brothers Dossa Aziz, Rupia and John. Nyerere’s first political appointment was serving a temporary position on the colony government’s legislative council.

With his activities at TANU, Julius Nyerere always called for a push for a self-governing Tanganyika but in a non-violent way.

In 1955, Nyerere represented TANU at the UN’s trusteeship council meeting in New York City, where he insisted that Tanganyika can govern itself in the shortest time. A UN mission sent a year before had recommended that Tanganyika could only rule itself from twenty-five year later. Due to his pro-independence approach, the colony government frustrated him in several ways including asking his employer to sack him. He then picked a job as a tutor and translator for the Maryknoll Fathers, who were on a mission to Zanaki.

Julius Nyerere's activities with TANU increased his popularity while the party also increased in number. He contested in a legislative council election in 1958-59 and won the seat in the Eastern Province. At a conference of independent African states in Addis Ababa in 1960, he suggested the formation an Eastern African Federation. TANU won 70 of the 71 available seats during the August 1960 general election and Nyerere became the Prime Minister.

Julius Nyerere became president and Karume as vice president. The unified country later became the "United Republic of Tanzania" in June that year. Nyerere became the president from 1965 to 1985. With his poor economic management, he left the country as one of the poorest, underdeveloped and heavily dependent on foreign aids.

The government and army contributed funds to build Nyerere a house in his home village; it was finished in 1999, although he only spent two weeks there before his death.

By the customs of Zanaki, Julius Nyerere entered into an arranged marriage with a four-year-old girl named Magori Watcha. He was baptized in the Roman Catholic faith in 1942, and that was when he was given the first name, Julius. He later married Maria Gabriel, a teacher in  1953. The couple had seven children. Nyerere suffered from chronic leukemia for more than a year. He then suffered from a massive stroke and died on October 14, 1999, at the age of 77 at the St. Thomas's Hospital in London.