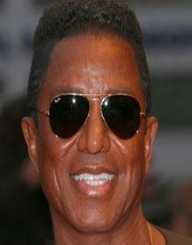 Jermaine Jackson, who is part of the musically gifted Jackson Family, was born on the 11 December 1954 in Gary, Indiana to Joe and Katherine Jackson. In addition to superstars, Michael Jackson, and Janet Jackson, his siblings are Rebbie, Jackie, LaToya, Marion, Tito, and Randy.

As a boy, Jermaine Jackson performed at home with his brothers Tito and Jackie. They called themselves the Jackson Brothers, and he was the lead singer. When Marlon and Michael joined them, they renamed themselves The Jackson 5 and Michael took over lead vocals, although at times, Jermaine also still sang lead. The group, one of the original boy bands, had 16 top forty singles on the Hot 100. In 1997, they were inducted into the Rock and Roll Hall of Fame. Four of the brothers took part in the Unity Tour (2012).

When the Jacksons signed with CBS in 1976, Jermaine Jackson decided to remain at Motown. His brothers subsequently recorded five hit albums with CBS as The Jacksons and toured internationally promoting their music. Jermaine’s first solo hit was in 1972 with Daddy’s Home which went gold. He was nominated for a Best Male R&B Vocal Performance Grammy Award for Let’s Get Serious (1980).

During the following two decades Jermaine Jackson had Billboard Top 30 hits including Feel the Fire, Let Me Tickle Your Fancy, Let’s Be Young Tonight, That’s How Love Goes, Dynamite, Do What You Do, I Think It’s Love and Don’t Take It Personal. He recorded the duet Tell Me I’m Not Dreamin’ with his brother Michael which was a number one hit.

He also recorded a duet with Pia Zadora, When the Rain Begins to Fall, which reached the top of the charts in Europe. In 1984, Jermaine rejoined The Jacksons to record the Victory album, and they also toured. In the mid-1980s, he recorded three duets with Whitney Houston.

Jermaine Jackson did a solo concert in the Gambia in 2010 as part of the International Kanilai Cultural Festival. He was also co-executive producer for The Jackson Family Honors and The Jacksons: An American Dream. In 2010, he was executive producer of The Jacksons: A Family Dynasty, a reality show on the AE Network. As an author, he penned the book Michael: You Are Not Alone. He also appeared in Big Brother U.K.

Jermaine Jackson has been married three times: Hazel Gorday (m.1973), Alejandra Oiaza (m.1995) and Halima Rashid (m.2004). His children are Jermaine Jr, Autumn, Jaimy, Jeremy, Jourdynn, Jaafar and Jermajesty. He was raised a Jehovah’s Witness but, in 1989, converted to Islam.