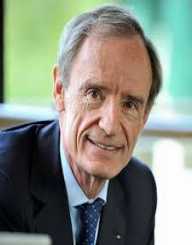 Jean-Claude Killy is a French Alpine Skier who competed and won numerous medals during the 1963 and 1968 Olympics. He is also an advertiser, actor, and also briefly worked as a racecar driver.

Jean-Claude Killy was married to Danielle Gaubert, a French actress which he wedded in 1973. The couple has a child named Emilie and also adopted both of Gaubert's children from her previous marriage with Rhadamés Trujillo. Their marriage lasted for 14 years until Gaubert's death from cancer in 1987.

Jean-Claude Killy was born on August 30, 1943, in Saint-Cloud, Seine-et-Oise, France, to Madeline and Robert Killy. He was the middle child of three children and born during the German Occupation during the Second World War. Since the whole family relocated and away from the war, Killy spent his childhood in the Alps at  Val-d'Isère. His father opened a ski shop and later on opened up his hotel.

When he was seven years old, Killy's mother left them for another man in 1950, which left his father all alone to care for three kids. Shortly after, he was sent to Chambéry to attend boarding school which he greatly despised, most notably the fact that he has to be locked up in a classroom the whole time.

Skiing: From Hobby to Passion

When Jean-Claude Killy was 15; his father finally allowed him to drop out of school, so he focused on skiing instead. What started as a hobby opened a lot of doors for the young Killy. A year later, he made the cut for the French National Junior Team and by the age of 18, won his first International race in 1961. The race took place in his local hometown of  Val-d'Isère where he started at the 39th position yet bagged the giant slalom.

A year after, he was chosen by the team's coach to compete for the 1962 World Championship held in Chamonix back in 1962. Around the same time, Killy also attempted to compete at a different event elsewhere in Italy. With less than a month to practice for the slalom, he burst through the competition in Chamonix with his usual recklessness but still finished as the fastest. However, Killy suffered from an injury from this event, which made him sit out the other competitions for the next two years.

He returned to skiing two years later at the 1964 Olympics and entered all three of the men's divisions in skiing. He entered despite recovering from a couple of illnesses he contracted while in service to the French Army as per instruction of the coach.

Jean-Claude Killy did poorly at the event and was fifth to finish in the grand slalom. A couple of weeks later, he made a comeback at the giant slalom race held in Garmisch-Partenkirchen, Bavaria where he dominated the competition.

He was hailed as the first World Cup Champion back in 1967 where he bagged 12 out of 17 titles, and at the same time won four out of five giant slalom races held there, as well as the all of the downhill races.

Race ready, he dived headfirst in the 1968 Winter Olympics held in Grenoble, France. At the event, he won all three Olympic gold medals for the category of downhill, giant slalom, and slalom of which he was awarded the Triple Crown of Alpine Skiing.  Shortly after, Killy retired from skiing and relocated to Geneva, Switzerland.

Before his retirement as an athlete, Jean-Claude Killy signed a contract under a sports management film handled by Mark McCormack named International Management Group. He also signed a deal to endorse fiberglass and metal ski named after him, Killy 800, from the company Head Ski.

Aside from endorsements, he also did advertisements and voiceovers for selected companies such as the Schwinn bicycles, the American Express card, Chevrolet automobiles, and United Airlines.

Jean-Claude Killy also has his share in the acting industry of which his first gig was in the film Snow Job, a crime movie released in 1972. He also took part in the movie Copper Mountain: A Club Med Experience starring Jim Carrey and Alan Thicke. The film was released in 1983 and was filmed in Copper Mountain Colorado. He also has 2 TV series named The Killy Style and The Killy Challenge.