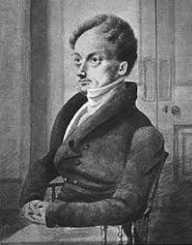 Scottish philosopher, economist, and historian James Mill was born as James Milne on April 6, 1773, in Northwater Bridge, Forfarshire, Scotland. His father James Milne, a small farmer, mostly earned his livelihood by making shoes. His mother, Isabel Fenton, belonged to a family who was victims of the Stuart Rising. From the beginning itself, she was ambitious enough to accord good upbringing to her son. She strived continuously to give young John the finest of education.

At first, she sent her son to the parish school and then to the prestigious Montrose Academy. The academy was a state secondary grammar school being in existence since the 16th century. The school was located near the birthplace of James in Montrose, Angus, Scotland. James had a privileged upbringing. Unlike his younger brother and sister, James was totally exempted from doing any kind of manual or domestic work. His mother ensured that he focused his full attention towards his education, and become a learned gentleman. As a result, James could attract the attention of the local Lord Sir John Stuart and secure his patronage.

He enrolled at the University of Edinburgh after having completed his secondary education at the age of seventeen and half years. James studied for the ministry there and thereafter, he distinguished himself as a Greek scholar. He earned his license to preach as a Presbyterian preacher in 1798 and began his journey as a teacher.


THE JOURNEY OF LIFE

James earned his livelihood by tutoring besides engaging himself in the study of history and philosophy. However, he found little prospect in what he was doing in Scotland. He then decided to travel to London to pursue journalism. In 1802, he accompanied the local Member of Parliament from Kincardineshire, Sir John Stuart to London.

Besides engaging himself in different literary works such as writing reviews, editing journals and some other works of translation, he joined a periodic magazine named Literary Journal as its editor in 1803. He served the periodical until 1806. In 1804, he authored a brochure on the corn trade where he strongly argued against a premium on the exportation of gain. In 1806, James began writing his magnum opus literary work ‘The History of British India’, a marathon 10-volume work which could only be completed 11 years later.

In 1808, James came in contact with the founder of the modern Utilitarianism, Jeremy Bentham. He worked for Bentham by bringing his principles known to the world. In the process, subsequently, he became his prime associate and chief confederate. He staunchly propagated the principles of Bentham as a whole. His close proximity with Bentham led to his familiarity with other disciples of Bentham including the likes of the economist David Ricardo, historian George Grote, and the jurist John Austin. However, he and Bentham always shared a peculiar relationship as they both had very different temperaments. With the passage of time, just a few years before Bentham's death, their friendship died a slow death.

James Mill routinely and recurrently contributed for the Eclectic Review, the Anti-Jacobin Review, the Edinburgh Review, and the British Review from 1806 to 1818. He edited the periodical ‘Philanthropist’ jointly with English author William Allen proffering his views on the freedom of expression including that of the press, prison reform and regulation and on education. He authored ‘Elements of Political Economy’ (1821) under the influence of economist David Ricardo. James Mill is considered as one of the founders of the Ricardian School of Economics.

He was a key member of the group of eminent people who participated in the discussion that led to the establishment of the London University in 1825. His contribution on law, education, and politics formed an important supplement for the six volumes Encyclopedia Britannica. He started writing the articles in 1814 which was published in the 4th, 5th and 6th editions of the enormous source of knowledge. One of his articles in it titled ‘Government’ had considerable influence in forming a public opinion during the 1820s and assisted in the preparation of the basis of the first Reform Bill presented in the British Parliament in 1832. Besides the said article his other notable articles prominently included in Encyclopedia Britannica are ‘Prisons’, ‘Jurisprudence’ and ‘Law of Nations’.

John Mill married Harriet Burrow in 1805. They together had nine children. His eldest son John Stuart Mill followed the footsteps of his father and became an even more distinguished philosopher on radicalism (utilitarianism) and liberalism. He also acted prominently in the civilizing mission of the British Empire.

James Mill died on June 23, 1836, in Kensington, London, England leaving a rich legacy in the field of 19th-century philosophy and economics.