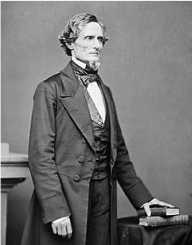 The founder of the New York Herald James Gordon Bennett, Sr was born in Scotland on the 1 September 1795. His family came from Newmill, a small village in the Moray area where they were prosperous farmers.

When Bennett was 15, Bennett moved to Aberdeen and started studying to become a Roman Catholic priest but left after a few years without ordination.

Bennett established the New York Herald in 1935. His breakthrough was in April 1936 when Bennett got the exclusive rights to cover of the sensational murder of Helen Jewett. Bennett was influential politically and also tried various initiatives in relation to advertising and circulation. This was also the first publication to obtain an exclusive interview with the current President, Martin Van Buren (1839). By the time Bennett retired and handed over the newspaper to his son in 1866, the New York Herald had the highest circulation in the United States and was a famous and influential newspaper which lasted in various forms until 1924.