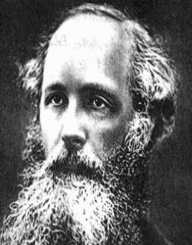 James Clerk Maxwell was born on June 13, 1831. He was a Scottish Mathematics and Physics scientist. He was renowned for formulating the electromagnetic radiation theory. He died at the age of forty eight years old.

James Clerk Maxwell was born on June 13, 1831, in Edinburgh, Scotland. He was born to John Clerk Maxwell and Frances Cay. In 1839, he started reading passages of the Milton which gave him mental stability. He later began his education at home after a tutor was hired for him. In 1841, he joined the Edinburgh Academy. His interest in geometry grew while he was still in school. In 1844, he emerged the best in both English and poetry and was awarded the Mathematics Medal.

In 1845, James Clerk Maxwell wrote his first scientific paper. In 1847, he joined University of Edinburgh. In 1849, he was part of the Transactions of the Royal Society of Edinburgh’s two papers. In 1850, he joined the University of Cambridge. He later joined Trinity. In 1851, he later studied under William Hopkins. In 1954, he graduated with a Mathematics Degree from Trinity. In 1855, he became a fellow of Trinity. In 1856, he became a professor of National Philosophy at Marischal College, Aberdeen.  He later while at the college, devoted his time to study the nature of the Saturn’s ring.

In 1860, James Clerk Maxwell lost his position at the College after it merged with the King’s college forming University of Aberdeen. He later became the head of the Natural Philosophy department at King’s College in London. In 1860, he engaged himself in working on Color. In 1861, he became a member of the Royal Society. Some of the other tasks he worked on included displaying of the light fast color photograph and dimensional analysis.

He later devoted his time in the electricity and magnetism fields. He later published ‘On Physical Lines of Force’ where he stated his theory on the nature of both the electric and magnetic fields. In 1862, he added some parts which included ‘electrostatics and displacement current’ in the first part and ‘rotation of the plane of the polarization of light in a magnetic field’ in the second part. In 1865, he retired from being the head of Natural Philosophy at King’s College.

In 1868, he published a paper where he mathematically described the behavior of devices that control the speed of steam engines (governors). In 1870, he published the paper ‘On Reciprocal Figures, frames, and diagrams of forces’ discussing rigidity of various Lattices’ designs. In 1871, he wrote and published ‘Theory of Heat’ textbook. He also turned out being the first individual to make notable use of Dimensional analysis. He later went to Cambridge to serve as the very first Cavendish Physics Professor. In 1876, he wrote and published ‘Matter and Motion.’

In 1858, James Clerk Maxwell married Katherine Mary Dewar with whom he stayed with until he met his death. He died on November 5, 1879, of abdominal cancer in Cambridge, England. He died at the age of Forty Eight years.