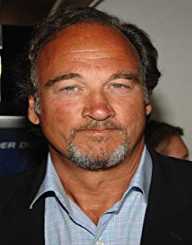 Jim Belushi is an Emmy-nominated American comedian, actor, and a singer. He has starred in many big feature films, theatre productions, and TV shows. He also had his own sitcom titled According to Jim, which ran for eight seasons from 2001 to 2009. Belushi has worked with renowned filmmakers such as Roman Polanski, Brian De Palma, Michael Mann, David Lynch, etc.

Belushi was born on June 15, 1954, in Chicago, Illinois into a family of an Albanian heritage. He had two brothers and one sister. His elder brother John was a famous comedian himself, famous for his work in the variety show Saturday Night Live. Belushi attended Wheaton Central High School and pursued Speech and Theatre Arts at the Southern Illinois University Carbondale.

Following his brother John’s footsteps, Belushi started working with the improvisational comedy theatre troupe The Second City, one of the biggest theatre groups in the country. His film debut came in Brian de Palma’s The Fury in 1978. The film starred Kirk Douglas and John Cassavetes, but Belushi had an uncredited role in it. After appearing in a couple of TV series and theatre productions, Belushi got his breakthrough role in Michael Mann’s Thief in 1981, sharing screen space with James Caan.

Next year, Belushi’s life was rocked by a tragedy when John passed away due to lethal drug intoxication. John was a hit at Saturday Night Live and Belushi joined them next year. Just like his brother, Belushi also achieved widespread popularity there. His impersonations of famous personalities and enactment of several quirky characters made him a household name. Post Saturday Night Live, Belushi worked mainly in films for some years. He was flooded with offers after his much acclaimed supporting stint in the rom-com About Last Night in 1986.

He worked alongside Arnold Schwarzenegger in the 1988 action film Red Heat. He shared screen space with legendary actors like Anthony Quinn and Maureen O’Hara in the 1991 comedy drama Only the Lonely. Belushi also worked with master Italian filmmaker Francesco Rosi in his political thriller Dimenticare Palermo which was released as The Palermo Connection in the States.

Belushi returned to television in the mid-90s with ABC’s Wild Palms. He was quite prolific in the 90s starring in a number of TV series, TV movies, and films. He was rewarded with his own sitcom in ABC's According to Jim which ran from 2001 to 2009.

Belushi is also a singer and released the album Have Love, Will Travel along with a similar multifaceted talent named Dan Aykroyd. Belushi has also lent his voice to a number of animated films and TV series which include The Mighty Ducks, the Goblin King, Scooby-Doo!, etc. He has also voiced for characters in computer games like 9: the Last Resort and Goosebumps: Attack of the Mutant.

In 2006, he published his first book, the witty and humorous Real Men Don't Apologize.

Belushi married Sandra Davenport quite early in his career. They divorced in 1988. The Sorority Row actor Robert James is their son. In 1990, he tied the knot with actress Marjorie Bransfield, but it didn’t last long, and they separated in 2 years’ time. After their separation, Bransfield soon quit acting altogether. Belushi married again in 1998 to Jennifer Sloan. They have one son and one daughter. They separated after 20 years in 2018 when Sloan filed for divorce.