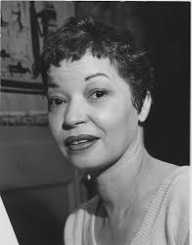 Jackie Ormes was born Zelda Mavin Jackson on August 1, 1911, in Pittsburgh, Pennsylvania. She was born to William Winfield Jackson and Mary Brown Jackson. She was brought up alongside one sibling. In 1930, she graduated from high school.

While at the high school she grew an interest in writing and drawing. She later joined Pittsburgh Courier and started journalism as a proofreader. She then worked as a freelance writer, police cases writing, human interest topics, court cases and as an editor.

In 1937, Jackie Ormes' first comic strip ‘Torchy Brown in Dixie to Harlem’ featured in the Pittsburgh Courier. The strip ran until 1938. In 1942, she went to Chicago. She later wrote occasional articles and social columns for The Chicago Defender. In 1945, her work ‘Patty-Jo ‘n’ Ginger’ which was a single panel cartoon premiered for eleven years.

In 1956, Jackie Ormes retired from cartooning. She after that proceeded with creating art which included: portraits, murals and still lifes. She volunteered in producing fundraiser fashion shows and entertainments at her South Side Chicago Community. She later became DuSable Museum of African American History’s member of the founding board of directors. She later became a doll collector.

In 1931, Jackie Ormes got married to Earl Ormes with whom they had one child who died after three years of a brain tumor. In 1976, her husband died. Jackie Ormes died on December 26, 1985, of a cerebral hemorrhage in Chicago. She died at the age of Seventy four years.