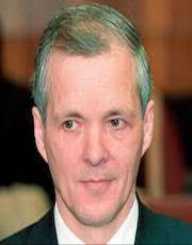 Jack Unterweger was born on August 16, 1950, in Judenberg, Styria, Austria. He was an Austrian killer involved in several murders of sex workers in some countries.

His first conviction was in 1974 when he killed a prostitute and was released in 1990 after a successful rehab program. For a short while, he ventured into journalism before engaging in several serial killings after months of acting upright.

Jack Unterweger was convicted of nine murders and sentenced to prison where he took his life by hanging himself. He died on June 29, 1994, aged forty-three.

Jack fully was known as Johann Jack Unterweger was born on August 16, 1950, in Judenberg, Styria, Austria. His mother gave birth to him in Graz shortly after she was released from prison.

After her mother’s second arrest in 1953, he went to live with his grandparents in Carinthia. Following the circumstances of his birth and upbringing, he began indulging in petty crimes as a youth and was sent to prison several times.

He was also kept behind bars for once assaulting sex worker. He also served jail terms between 1966 and 1975 for sixteen crimes of sexual harassment.

With a hardened crime life and criminal record, Jack Unterweger continued in his quest to commit other murders. In 1974 he strangled an eighteen-year-old German lady known as Margaret Schafer using her bra. He was apprehended two years later in 1976 and sentenced to life in prison where he was inspired to write several books including short stories, plays, and poems.

Jack Unterweger wrote his autobiography entitled Purgatory or The Trip to Prison – Report of a Guilty which was later adapted into a documentary. In 1985, petitions to grant him parole were presented before the Australian President Rudolf Kirchschlager.

The president denied him parole stating that according to court sentence he was supposed to serve a minimum of fifteen years. After completing his fifteen years in prison, he was released on May 23, 1990. His works which were done in jail became popular as his autobiography became a subject in schools and his short stories for children were narrated in radios.

Jack Unterweger found a job as a journalist hosting television programs in which he discussed topics on rehabilitation. He was also an employee of ORF where he served as a reporter reporting on several crimes on murders.

The public had pictured him as a changed person who lived a normal life after a successful rehab program. However, he was later arrested for killing a prostitute known as Blanka Bockova in Czechoslovakia.

Jack Unterweger was also found guilty of seven other murders in Austria between the time he was released from prison and his arrest. All the crimes were committed in the same manner as the once he had committed before by strangling his victims using their bras. In 1991, he started working for an Australian Magazine where he wrote about crime and the different views on prostitution in Europe and America.

He traveled to Los Angeles to do further research where also three sex workers had been assaulted and murdered. Although police suspected him to have committed the murders, there was a lack of evidence that he committed the crimes.

After much investigation, leads that linked him with the murders were established, and he was arrested on February 27, 1992, in Miami, Florida by the FBI.

Jack Unterweger was moved to Austria on May 27 the same year and was charged with eleven counts of murders including three in Los Angeles and one in Prague. He was convicted of nine murders out of the eleven and sentenced to life in prison on June 29, 1994, with no room for parole.

While serving his jail sentence in Graz-Kalau prison, he committed suicide by joining some shoelaces and cords and hanged himself.  The doctor’s report stated that he had a narcissistic personality disorder which led to his death on June 29, 1994. He was aged forty-three at the time of his death.