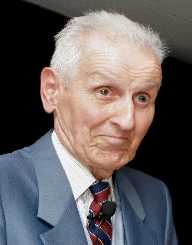 Jack Kevorkian was an American pathologist known for advocating for euthanasia in the United States of America. He was born on 26th May 1928 in Pontiac. He believed that every man had a right to die.

His actions spurred a national debate and an after a long struggle in the court over the legality of his acts, he was jailed for twenty-five years but served for eight years.

Jack Kevorkian was the third child of Levon and Satenig Kevorkian who were immigrants of Armenian. During World War II, his father found his way to the U.S.

Jack grew up in a religious and attended Sunday school up to the age of 12 when he decided to stop attending church because of his too many unanswered questions regarding religion.

In 1945, Jack Kevorkian attended Pontiac Central High School. While he received admiration for his jab at his teachers, his high academic performance alienated him from his collogues. He was later named a book warmer, and he found it difficult making friends.

Jack got an admission to join the University Of Michigan College Of Engineering. His dreams of becoming a civil engineer, however, hit the rock when he dropped the course and began shifting his focus on biology and botany.

He graduated from the University of Michigan in 1952 with a degree on Medicine where he specialized on clinical pathology and anatomy.

Despite his religious upbringing, Jack Kevorkian found it difficult reconciling what was happening on earth to what Christianity believed.

He argued that there was indeed a caring God as the bible stated, why would He allow his entire family to be slaughtered in Turkey. His frequent debate on the issue made him stop attending church.

In school, Jack surpassed his expectation. However, he engaged his teachers on many issues and at times humiliating them with his vast knowledge and excellent debating skills.

It is during his time as a medical student at Michigan hospital when Jack Kevorkian developed his fascination with death. He photographed the last minutes of dying patients with the intention of capturing their final moments.

His ideas lead to ejection from the University of Michigan Medical Centre. He did his internship at Pontiac General Hospital. During the 1953 Korean War, he served in the U.S. Army as medical officer for 15 months.

Between 1958 and 1959, Jack Kevorkian proposed that prisoners, serving life imprisonment, be used for medical research through a paper he named, terminal human experimentation. This lead to his nickname Dr. Death.

Before opening his clinic, Jack worked for many hospitals as a pathologist before began his focus on euthanasia.

An advertisement by Jack named ‘death counseling services,’ in a newspaper, caused a public outcry. Jack went on to assist a 54-year-old woman who had Alzheimer disease to her death.

Between 1990 and 1998, Jack Kevorkian was accused to have taken the lives of 130 of his patients. He came up with a device where his patients would press a button that would take their life.

He was released from prison in 2007 and has spent the better part of his life lecturing in various universities on the criminal justice system, euthanasia, and politics,

Jack tried his luck in politics when he tried to run for the U.S. Congress seat on 12th March 2008 on an independent ticket but only got 2.6% of the total vote.

Jack Kevorkian was never married and was never involved in any romantic relationship.

He was diagnosed with Hepatitis C in 2007 which led to liver damage. On 3rd June 2011, Jack was hospitalized with heart and kidney problems.

Jack Kevorkian succumbed to his death two weeks after he was hospitalized.