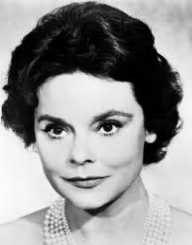 Irene Worth was an American actress who worked in the United States and the United Kingdom.

Harriet Elizabeth Abrams was born in the town of Fairbury, Nebraska, on June 23, 1916. Her mother’s name was Agnes, and her father’s name was Henry. Both of them worked as teachers. When she was four years old, her entire family moved to California. She studied at the Newport Harbor High School, the Santa Ana Junior College, and at the University of California, Los Angeles. After graduation, she spent a few years working as a teacher.

Abrams changed her name to Irene Worth in 1942. That same year, she made her acting debut in the touring play Escape Me Never. The next year, she made her debut on Broadway in the play The Two Mrs. Carrolls. In 1944, she relocated to London. She studied under the drama teacher Elsie Fogerty. She appeared in plays such as The Time of Your Life and Native Son. In 1948, she made her film debut in the comedy film One Night with You.

In 1951, Worth joined the Old Vic stage company. She toured with the company in South Africa. She was also part of the Stratford Festival in Ontario, Canada. She played in many of Shakespeare’s plays, such as Lady Macbeth, A Midsummer Night’s Dream, and others. She became a part of the Royal Shakespeare Company in 1962.

She took part in a few Broadway plays. She also worked on one production in France, and she toured Iran. She appeared in classical plays such as Hamlet and Oedipus, but also in contemporary pieces such as Suite in Three Keys and Ghosts. During this period, she started to take part in recitals.

Irene Worth spent a large part of the 1970s in the U. S. and Canada. She acted in plays like Happy Days, The Lady from Dubuque and Toys in the Attic. In the 1980s, she worked more frequently on film and television. She acted in the thriller films Eyewitness and Deathtrap, as well as the musical Fast Forward. She appeared in the sitcom Happy Days and the miniseries Separate Tables and The Tragedy of Coriolanus. Her last film was Onegin, made in 1999. Her last play was I Take Your Hand in Mine, played in 2001.

Irene Worth won a BAFTA in 1958 for her role in the war film Orders to Kill. She played the role of a dressmaker who was active in the Resistance. She won her first Tony Award in 1965, for her role in the play Tiny Alice. She won the second one in 1976 for Sweet Bird of Youth. The third one came in 1991 for Lost in Yonkers. She won many other awards, including an OBIE, a Drama Desk Award, and others. In 1975, she got the title of Commander of the Order of the British Empire.

Irene Worth died of a stroke in a hospital in New York on March 9, 2002. Her memorial service was attended by actors such as Christopher Walken, Meryl Streep, Alan Rickman, and others.