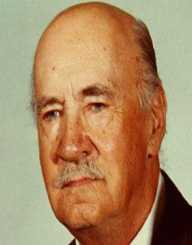 Igor Ivanovich Sikorsky was born 25th May 1889, to Ivan Sikorsky and Mariya Sikorskaya. He was born in Kiev, in the Russian Empire, now known as Ukraine. He had four older siblings. His father was a university professor of psychology, his mother was a doctor, but she didn’t work professionally. Sikorsky was initially home-schooled by his mother, who taught him the love of art, notably Leonardo da Vinci, and the tales of Jules Verne.

In 1900, he travelled to Germany with his father, and he educated in the natural sciences. From there, his interest in flying machines developed.

In 1903, Igor Sikorsky started studies at the Saint Petersburg Maritime Cadet Corps. In 1906, he had decided to pursue a career in engineering, so he left the Cadet Corps and moved to Paris to study. In 1907 he returned to the Russian Empire and enrolled at the Mechanical College of the Kiev Polytechnic Institute.

In 1908, Sikorsky once again travelled to Germany with his father. During his trip, he learned what the Wright brothers had done in aviation, and he decided on the spot that his future lay in the aviation industry. He returned to Paris in 1909 with investment funds from his sister, Olga. He met with different pioneers in the aviation industry and asked all the questions he could think of about airplanes and flying.

Igor Sikorsky then went back to Russia and began building his helicopter prototype. After much testing, he took the aircraft apart, thinking it would never fly.

In 1912, Igor Sikorsky was appointed Chief Engineer for the Russian Baltic Railroad Car Works in their aircraft division, located in Saint Petersburg. Sikorsky started his own production business in Kiev where he also researched planes, and by 1914 when World War I erupted, his company was operating very successfully. During the war, his factory also made bombers for the government.

Shortly after the Bolshevik revolution began in 1917, Sikorsky moved to France as the new government had threatened to assassinate him. He was given a contract by the French government for planes, but when the war stopped in 1918, the government ceased to subsidize military orders.

Igor Sikorsky then moved to the United States in 1919. When he first went to the U.S., Sikorsky worked as a school teacher and a lecturer. In 1923, Sikorsky began the Sikorsky Manufacturing Company, located in Roosevelt, New York. He had several Russian investors, mostly former military officers. His prototype was damaged in its first test flight, but he talked his investors into putting more money in, and the result was his S-29, one of the first twin-engine planes in the U.S. It was able to seat 14 passengers and had a speed of 115 mph.

In 1928, Sikorsky became an American citizen. In 1929, he moved his business to Connecticut, and later that year his company became part of the United Aircraft and Transport Corporation. Between 1929 and 1931, Sikorsky filed for several patents about his aviation work, which were finalized in 1935.

In 1932, Igor Sikorsky joined the University of Rhode Island to establish an aeronautical engineering program. He was with the university until 1948, and he lectured at the University of Bridgeport as well during the same period. In September 1939, the first flight of his Vought-Sikorsky VS-300 took place to great success. His next creation was the R-4, which became the first mass-produced helicopter in the world.

He was also on the Board of Directors for the Tolstoy Foundation Center in Valley Cottage, New York.

Igor Sikorsky published three works during his career. These were The Message of the Lord’s Prayer (1942), The Invisible Encounter (1947), and The Story of the Winged-S: Late Developments and Recent Photographs of the Helicopter, an Autobiography (1967).

Among his many awards and honors, Igor Sikorsky has the following:

1966:   Inducted into the International Air & Space Hall of Fame

When living in the Russian Empire, Igor Sikorsky married Olga Fyodorovna Simkovitch. The couple had a daughter but divorced, and Simkovitch remained in Russia with their daughter when Sikorsky migrated to the U.S.

In 1923, Sikorsky’s sisters also moved to the U.S., and they took his six-year-old daughter with them.

In 1924, Sikorsky married Elisabeth Semion. They had four sons together.

He has a bridge and an airport named in his honor, and his company, the Sikorsky Aircraft Corporation, is still operating in Connecticut.