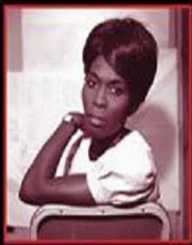 The Jamaican reggae musician, Hortense Ellis, is the first female star based to break through the international scene. The reggae artist is the small sister of Alton Ellis.

The artist was born on 18th April 1941 in Trench Town. Her mother ran a fruit stall whereas her dad was a railway worker. She had seven siblings.

At an early age, Hortense Ellis began performing at local talent shows. It is however at the age of 18 when she realized her breakthrough.

At an audition in 1959, Hortense Ellis performed I'm Not Saying No At All, her exceptional performance won the top prize of the night.

Her performance not only won the prize, both the audience and the panel was impressed with Ellis’s performance. She got an invite to perform in the same venue in the same week.

In various other competitions, she managed to reach the finals twice and the semifinals four times. She scooped the Best Female Vocalist award in 1964 and 1969.

Together with Byron Lee, Hortense Ellis made tours across Jamaica in the 1960s. During that time, she started working with Jamaica's top producers like Ken Lack, Coxsone Dodd, and Duke Reid.

Hortense Ellis and her brother later recorded Why Do Birds, and I am just a guy. After the collaboration, the siblings embarked on a tour to Canada.

After getting married, her performance drastically declined. She, however, concentrated on recordings. After spending much of her career in the US, she returned to Jamaica. Despite her health deteriorating after her return to the US, she continued making various local performances.

Her last significant performance was in Miami before her health caught up with her.

The writer met her husband during his tour in Canada. Mikey Saunders and Hortense Ellis went on to have five kids together.

The couple spent much of their marriage in New York. After their divorce, Ellis returned to her homeland in 1989.

During one of her live performance in the US, Hortense Ellis fell seriously ill. She was hospitalized in the US before she requested for a move to Jamaica for further treatment.

After her move to her homeland, her health did not improve. On 19th October 2000, she passed on, during sleep. The leading cause of her death was a stomach infection.