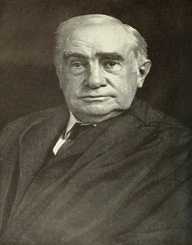 Henry Billing Brown was an associate justice of the U.S. Supreme Court. Born on March 2, 1836, he authored the majority opinion in the landmark case Plessy v. Ferguson. Brown served in the Supreme Court from 1890 to 1906. He began his career as a lawyer and later became U.S. District Judge in Detroit, Michigan. As a federal judge, he authored several opinions including that of Plessy v. Ferguson, which sustained the legality of racial segregation in public transport.

Henry Billings Browns was born on March 2, 1836, in South Lee Massachusetts. He was born to Mary Taylor and Billings Brown. Brown was a brilliant child and at the age of 16, enrolled at Yale College. While there, he became a member of the Alpha Delta Phi fraternity. Subsequently, he joined the Phi Beta Kappa. Brown’s colleagues at Yale included Chauncey Depew and David Josiah Brewer. In 1856, he graduated with a Bachelor of Arts degree. Following his graduation, he traveled to Europe where he spent a year. On his return, he studied law in Ellington, Connecticut with Judge John H. Brockway. However, life there became unbearable for him as he refused to participate in a local religious revival. As such, he later studied law at Yale Law School, for a year and afterward, spent a semester at Harvard Law School.

In 1860, Brown gained admission to the Michigan Bar. He began his private law practice in Detroit, Michigan, specializing in admiralty law. Brown also served as Deputy U.S. Marshal and Assistant United States Attorney for the Eastern District of Michigan between 1861 and 1868. In addition, he briefly served as judge of the Wayne County, Circuit Court in District. Later on, he became a partner at Newberry, Pond & Brown, law firm, where he practiced for seven years. From 1860 to 1875, he taught admiralty at the University of Michigan Law School. Also, from 1868 to 1871, he taught medical jurisprudence at the Detroit Medical College (now the medical school of Wayne State University)

President Ulysses Grant nominated Brown to the United States District Court for the Eastern District of Michigan on March 17, 1875. The nomination came after the death of John Wesley Longyear. The Senate confirmed his appointment two days later.

In 1887, Brown earned an honorary doctorate from the University of Michigan and the Yale University in 1891.

On December 23, 1890, President Benjamin Harrison appointed Brown to the United States Supreme Court. The seat had become vacant after the death Justice Samuel F. Filler. On December 29, 1890, the Senate unanimously confirmed his nomination. He retired on May 28, 1906, at the age of 70.

Brown was on the majority side in Lochner v. New York, in 1905, which threw out the restriction on maximum working hours. In Pollock v. Farmers’ Loan Trust, Co., 1895, he supported the federal income court. Brown wrote the majority opinion on Plessy v. Ferguson, 1896, which upheld the legality of "separate but equal." The ruling supported racial segregation and the use of separate facilities for American blacks and whites. He was also on the Hale v. Henkel ruling in 1906.