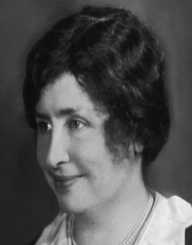 Helen Adams Keller was a political activist, American author and lecturer born on June 27, 1880. Her family lived on a homestead Ivy Green in Tuscumbia, Alabama. Helen had two younger siblings, and two half-brothers from her father’s first marriage.

Her father was an editor for Tuscumbia North Alabamian newspaper, but he had formerly served as a captain for the Confederate Army. She was a distant relative of Robert E. Lee and one of her Swiss ancestors was the first teacher of the deaf.

Helen Keller was born as a healthy baby, with no illness at all. When she was 19 months old, she contracted a disease which might have been either scarlet fever or meningitis. Although Hellen survived, she remained deaf and blind. She was able to communicate with Martha Washington, the daughter of the cook, who was at the time six years old.

When Keller was seven years old, she had around 60 signs she used to communicate with her family. She learned to recognize different people walking from the vibrations of their steps. She could also identify the sex and age of a person.

In 1886, Helen Keller’s mother sent her and her father to seek out help from physician J. Julian Chisholm, who referred them to Perkins Institute for the Blind. Her mother was inspired by the Charles Dickens’ American Notes on successful education of a blind and deaf woman Laura Bridgman. In the institute, the director asked a 20-year-old girl Anne Sullivan, who was also visually impaired, to become Helen Keller’s instructor. The two stayed friends and companions for 49 years.

Sullivan arrived at the Keller’s house in 1887. She started to teach Helen Keller communication, which was not an easy task. Keller was frustrated at first because she didn’t understand that every object had a unique name. A month later, she gained her most significant break-through when she finally realized that what Sullivan was drawing on her hand while pouring water on her other hand signified the word “water.”

She then started to demand Sullivan to teach her names of all objects that she was familiar with. Although deaf and blind, Keller was not at all isolated from the world. She could enjoy music from the vibrations it made. She also had a powerful connection with animals.

In 1888, Helen Keller attended the Perkins Institute for the Blind. In 1894, she and Sullivan moved to New York and attended Wright-Humason School for the Deaf. Two years later, she started attending The Cambridge School for Young Ladies and in 1900 went to Radcliffe College.

Mark Twain was a big admirer of Helen Keller, and he introduced her to oil magnate Henry Rogers. Rogers and his wife Abbie paid for Keller’s education. In 1904, Keller graduated from Radcliffe and became the first deaf-blind person to earn a Bachelor’s degree in arts.

With time Helen Keller learned to speak, and she spent the most of her life giving speeches. Her sense of touch had become so sensitive that she learned to understand people’s speech by reading their lips with her hands. She also learned to read Braille and read sign language with her hands.

Anne Sullivan became Keller’s companion from when Helen Keller was 20 years old, until her death. In 1905 Sullivan married John Macy, but only 10 years later her health started to decline. A young Scottish woman Polly Thompson was hired to help around the house and later became secretary for Hellen and a companion for her.

Keller, Anne and John moved to Queens, where their house was used as the base for the work on behalf of American Foundation for the Blind. In 1936, Sullivan died. Keller and Thompson moved to Connecticut and traveled the world to raise funds for the blind. In 1957, Thompson had a stroke and she died 3 years later. When Thompson fell ill, Keller hired a nurse Winnie Corbally, who stayed with Keller until her death in 1968.

Helen Keller devoted most of her life to raising funds for the blind. When she was in her thirties, she fell in love with a man who was sent to be her secretary. Keller became engaged with him and wanted to elope, but then Anne Sullivan became ill and Keller stayed with her.

On her visit to Japan in 1937, Keller wanted to see the famous Hachiko dog that unfortunately had died two years prior. She told that she would like to have an Akita dog and a month later, Japanese government gifted her one. She named the dog Kamikaze-go. When the dog died of canine distemper, Japanize government gifted her another Akita dog. She is credited for introducing the breed in United States.

Helen Keller was an advocate for people with disabilities. She became world-famous as a speaker and author. Keller was a pacifist, radical socialist and an opponent to Woodrow Wilson. She was also a big supporter of birth control. In 1915, she and George Kessler founded the Hellen Keller International. The organization aimed to research in vision, health, and nutrition. He also helped to establish the American civil Liberties Union. She had also expressed concerns about the overpopulation of the world.

Helen Keller has also written and published 12 books and many articles on topics of her interest. When she was 11 years old, Keller wrote The Frost King. In 1903, she published her autobiography The Story of My Life, which tells her story until the age of 21. In 1913 she published series of essays on socialism in her book Out of the Dark. She has also published a spiritual autobiography My Religion.

In 1999, Helen Keller was named to be one of the most admired people in 20th century. Alabama has honored her memory in 2003, issuing a state quarter coin-the only coin in U.S. that features Braille. The Hellen Keller hospital in Alabama is also dedicated to honor her. in U.S., Switzerland, Spain, Israel, Portugal and France there are streets named after Keller.