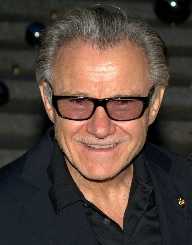 Harvey Keitel is by now a household name in American cinema, having worked with directors like Martin Scorsese, Quentin Tarantino, and Ridley Scott to bring their visions to life. If the actor was for a long time typecast as a movie ‘tough guy,’ playing Mafiosos and crooked policemen, he was later able to branch out into more nuanced roles. For an actor with as much to offer as Keitel, this has meant great things for the films he’s been involved in.

Keitel was born on 13 May 1939 in Brooklyn, New York City, one of three children. His parents, Harry and Miriam Keitel, were Jewish emigrants from Eastern Europe who opened a delicatessen store in New York (the father also made hats to paper over gaps in income).

Harvey Keitel spent his early years around his parents’ deli, attending high school in the neighborhood. At the age of 16, however, he decided to make a change and enrolled in the US Marines.

The decision to join the Marines would see Harvey Keitel sent abroad - in 1958; he was involved in the American military operation in Lebanon which saw the country’s airport and ports occupied by joint American and Lebanese forces. With the three-month operation completed, Keitel soon returned to New York and found work as a reporter in the city’s courts.

Somewhere around this time, he became interested in acting (both for the cinema and for theatre) and studied under the celebrated instructor Stella Adler amongst others. Keitel was cast in a few plays, but it was clear even then that his ambitions lay beyond just the stage.

In 1967, Keitel began the professional relationship which would be groundbreaking regarding the exposure it gave him. Auditioning for Martin Scorsese’s first film, the little known ‘Who's That Knocking at My Door’, Keitel was cast in the film’s starring role.

The film’s plot, of an Italian-American man torn by feelings of love and guilt towards his independent-minded girlfriend, was written in the themes that Scorsese’s films would return to over and over. Although Keitel himself was neither Catholic nor of Italian descent, he worked very well with Scorsese and found that they were interested in many of the same themes.

The next film Keitel took part in, a Scorsese crime movie called ‘Mean Streets’, would be the one that pushed his reputation to a new level. Starring alongside Robert De Niro (in the latter’s breakout role), Keitel again played a character cast in Scorsese’s world of young Italian-American men in New York, grappling against guilt and violence, with the criminal underworld always very close to the surface. After ‘Mean Streets’ Keitel appeared in two more Scorsese movies, notably playing the villain opposing De Niro in ‘Taxi Driver’.

At this point in his life then Keitel was far from unsuccessful. Besides Scorsese, he worked with director Ridley Scott on his debut, and Keitel always had a steady stream of work and roles to play.

Despite this, it was always clear that Keitel was not the ‘up and coming’ New York star anymore, and the roles he received in the late 70s and early 80s were often very similar - stereotype ‘tough guy’ roles, gangsters and men with short tempers, both on stage and on screen. This was all the more frustrating as Robert De Niro, Keitel’s former colleague, was being hailed as one of the big acting sensations to emerge from New York.

In a situation representative of this period in his career, Keitel was briefly cast as a character in Francis Ford Coppola’s ‘Apocalypse Now’, a movie which later became one of the most acclaimed of its decade. The director, however, was unhappy with Keitel’s interpretation of the role and had him replaced after a week. It couldn’t have been easy for Keitel, who knew he was a fine actor, to be kicked to the side.

If this were a difficult time regarding the quality of jobs he was getting, Keitel would put it firmly behind him with his next Martin Scorsese collaboration in 1988. Scorsese’s film ‘The Last Temptation of Christ,’ which imagined a version of the Jesus narrative where Jesus becomes tempted to live as a normal man, was hugely controversial with Christian audiences.

The problems with and nature of the film, however, meant that people were talking about it - and they also talked about Keitel’s role as Judas. Many were impressed by Keitel’s dedication to the character. If you could say many things about Keitel’s acting, no one could say he wasn’t dedicated, or unwilling to push to extremes.

The mixture of roles and the irony of a man of Jewish descent working with themes of Catholicism and the Italian-American experience was not lost on Keitel. But it was never a role he found it hard to slip into - in his view, all religions looked at the same human emotions and experiences, even if their conclusions varied.

It says something about Harvey Keitel’s peculiar, lasting appeal as an actor that his real ‘breakout’ role came so late. As Mr. White in Quentin Tarantino’s ‘Reservoir Dogs’ (he also starred in ‘Pulp Fiction’ a few years later), Keitel could snarl, threaten and fume with the best of them

But it was with the sympathetic, sensitive interpretation he gave in ‘Thelma and Louise’ that directors finally caught on to what he could do. After these roles, he was considerably more careful in the movies he played in. Keitel now started to choose opportunities which offered more nuanced characters than the crooked cops he’d played a decade before.

Harvey Keitel’s career is still going strong. In the decades since, he has continued to star and put in great performances in films more to his liking, whether he returned to crime, played in comedies or something else entirely.

As recently as 2015 Harvey Keitel reinvented himself once more: as a reminiscing old man in ‘Youth’ opposite Caine, he was exploring topics as lofty as aging, betrayal, and regret. Keitel has never been an actor you put your finger on, never someone you figure out. And maybe he’s always preferred it that way.