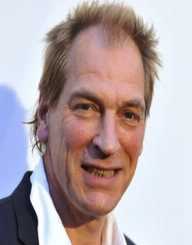 Harold Pinter was famously known as a fervent actor, poet, screenwriter and a professional when it came to playwriting. His amicable work earned him Nobel Prize in Literature. However, he didn’t transform into an envied actor or poet in one days’ time; he used to work for it. But something attacked his intuitions when he was a child.

During the Second World War, Pinter witnessed the brutal attack and bombing of London by Nazi forces. This made him move to Cornwell where he befriended fear and loneliness. Harold continued to develop an intense dislike and hatred towards the military authorities. It came to a point where he declined a National Service interview and opted to take acting and writing as a long-term career.

On October 10, 1930, Harold Pinter was born in England, London to a homemaker Frances and tailor, Jack Pinter. Harold was the only child in his family. He loved to communicate with imaginary friends in the backyard of their house. Pinter’s writing career started when he was moved to Cornwell during the World War in 1940.The live scenes and bombing left a permanent mark on his mind. It is here that he started to befriend books and separation and loneliness was his companion.

From 1944 to 1948 Harold Pinter attended Hackney Downs School. As he continued with his early studies, he was introduced to notable writers such as Eliot, Woolf, Kafka, and Hemingway. Under his English teacher's guidance, he showcased his writing in school magazines as well as drama scripts. He also loved sports where he broke a sprinting record in his school. Upon graduation in 1948, Harold joined Royal Academy of Dramatic Art.

Early in 1953, Harold Pinter joined Donald Wolfit’s company where he served until the end of 1954. He then adopted a pseudonym name of David Baron. Before he rose to fame, Pinter took up small jobs such as snow shoveling and dishwashing. Subsequently, he continued to write poems. It was at this time that he wrote an autobiography ‘The Dwarf’ for his old neighbor, Hackney.

Harold's prominence knocked in 1957 when he was asked to write a play. Without further ado, he cemented the area where he came up with a playbook titled The Room for the University of Bristol. He followed it up with Birthday Party play.

In 1959 Harold Pinter provided a radio play named A Slight Ache, and in 1960 the Caretaker play followed. He turned into a celeb when he wrote Homecoming in 1967. From there Harold co-authored two plays. Afterward, his previous writings were adopted for cinemas and television shows.

Pinter was also an expert when it came to producing. Throughout his career, he managed to direct more than fifty productions of film, television, and stage. From 1976 to 2001 he appeared in films like Rogue Male, The Tailor of Panama and Mojo.

Harold Pinter was famously known for his categorical works. This includes the Comedy of Menace categories such as The Caretaker, The Birthday Party, and The Dumb Waiter. Movies such as Landscape, Betrayal, Family Voices, A Kind of Alaska and Night were included in the Memory Plays category. From the start of the Millennium Harold’s concentrated on the political field. It is here that he wrote one of The Major Road plays in 1984.

From 1966 to 2007, Harold Pinter received several accolades such as Nobel Prize in 2005. He was also honored with a Commander of Order of the British Empire. Throughout his career, he won over 50 global and local awards as well as honorary degrees.

Harold Pinter married Vivien Merchant in 1956, with whom he had a son called Daniel. The couple began to disagree when they parted ways in 1980. He later married Antonia Fraser, a renowned historian in 1980. He continued to live with Vivien's children and his second wife till his demise.

From 2001 Harold’s health started to deteriorate. He had esophageal cancer. He showed several signs of retreating, only to return with a vengeance after a short pause. Unfortunately, death closed his ambitions in 2008. In his honor, The Comedy Theatre was renamed after him.