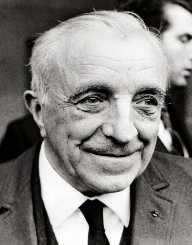 Hans Georg Dehmelt was born on September 9, 1922. He is an American physicist. In 1989, he was awarded the Nobel Prize in Physics for co-developing the ion trap technique known as the Penning trap with Wolfgang Paul. The Penning trap is an electromagnetic device that can hold small numbers of ions/ electrically charged atoms and electrons for long periods of time hence allowing the study of their properties.

Hans Georg Dehmelt was born on September 9, 1922, in Gorlitz in Germany. He was born to Georg Dehmelt who was a law graduate. When he was ten years old, he received a scholarship at the Gymnasium zum Grauen Kloster. He developed an interest in Physics from a young age. In 1940, he graduated from the Gymnasium. In 1940, he joined the German Army and served as a gun crew. He later became a senior private. In 1943, he was ordered back to Germany where he studied Physics under an army program at the University of Breslau. He studied for a year and later returned to the army. While in the army he was captured at the Battle of the Bulge.

In 1946, Hans Georg Dehmelt was released, and he returned to study Physics at the University of Gottingen. In 1948, he completed his Masters at the Kopfermann’s Institute. In o1950, he obtained his Ph.D. from the Institute under Hubert Kruger. In 1949, he and Kruger discovered Nuclear Quadrupole Resonance.

Hans Georg Dehmelt later started working as a postdoctoral associate at Walter Gordy’s Microwave Laboratory at Duke University. He became friends with Fritz London, Lothar Nordheim, and Hertha Sponer. In 1955, he became a visiting assistant professor at the University of Washington, Seattle, Washington. In 1958, he became an associate professor at the University. In 1961, he became a full professor. In 1955, he built his first electron impact tube. He built it in George Volkoff’s Laboratory.

In 1956, Hans Georg Dehmelt carried an experiment Paramagnetic Resonance Reorientation of Atoms and Ions Aligned by Electron Impact. In the same year, he was able to produce and monitor a polarized atom cloud through his paper ‘Slow Spin Relaxation of Optically Polarized Sodium Atoms.’ In 1958, he conducted the experiment Spin Resonance of Free Electrons Polarized by Exchange Collisions. In 1959, he built his first high vacuum magnetron trap. In 1976, he created the first Geonium atom which he used for measuring precise magnetic moments of the electron and positron. In 2002, he retired from the University of Washington as a Professor Emeritus.

Hans Georg Dehmelt married twice in his lifetime. He first married Irmgard Lassow who died later on. He had a son named Gerd with Lassow. He then married Diana Dundore. He is currently ninety four years old.