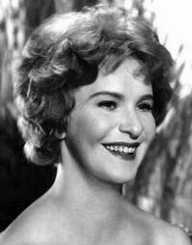 Geraldine Sue Page was born 22nd November 1924, to Leon and Edna Page. She was born in Kirksville, Missouri, in the United States. Page had an older brother, and her father worked for a college that taught osteopathy and surgery. He was a writer, and penned several textbooks, on subjects like anatomy and osteopathy.

Page’s family moved to Chicago, Illinois, when she was five years old. She studied at the Art Institute of Chicago and graduated in 1945. Over the next seven years, Page continued her study, at the Herbert Berghof School, the American Theatre Wing, and the Actors Studio. As she was based in New York City, Page used to travel home to Chicago during her summer breaks to perform in a local theatre group.

Geraldine Page had worked regularly in stage productions over several years, and in 1952 was cast in a small role by the director, Jose Quintero. He cast her again in another part, also in 1952, in the production of Summer and Smoke. The role put her in the spotlight, and Time magazine did an article on her.

She then appeared in the movie, Hondo, co-starring with John Wayne. It was the last movie she did for almost a decade, due to finding herself on the blacklist. Page was put on the blacklist because of her friendship with Uta Hagen, one of her teachers.

Although not able to act in movies, Geraldine Page continued with her stage production acting. She also moved into television work. Throughout the 1960s, 1970s, and 1980s, she went from strength-to-strength, working prolifically.

During her career, she acted in over 30 movies, including Taxi (1953), The Happiest Millionaire (1967), and White Nights (1985). She was in over 30 television shows and series, including guest appearances on popular shows like Hawaii Five-O, Kojak, and Night Gallery.

Geraldine Page was also in approximately 35 stage productions, both on Broadway and off-Broadway, that ran for different seasons. These included A Streetcar Named Desire (1976), Paradise Lost (1983), and The Circle (1986). She was still performing at the time of her death. When she failed to show for performances, her body was found in her apartment. She died on 13th June 1987.

Geraldine Page won many awards and honors, and these included an Academy Award, two Golden Globe Awards, and two Primetime Emmy Awards. In 1979, Page was inducted into the American Theatre Hall of Fame.

In 1954, Geraldine Page married Alexander Schneider, a violinist. They divorced in 1957. Her second marriage was to Rip Torn, an actor, in 1963. The couple had three children. Although Torn had an affair, followed by a relationship with another actress, he and Page remained married until her death.